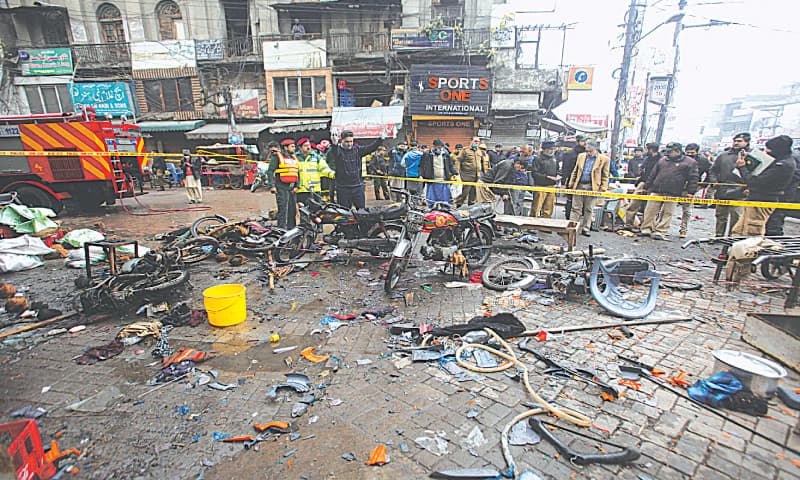 According to the Counter-Terrorism Department (CTD), two suspects detained in connection with the bomb blast in Anarkali, Lahore, were killed in an exchange of fire with their accomplices on Saturday.

According to department sources, the suspects were taken to Khokhar Pind for the recovery of weapons and explosives.

When they got close to their hideout, their four accomplices opened fire on the CTD personnel, resulting in an encounter. As a result, Abdur Razzaq and Sanaullah were killed, according to the sources.

They also stated that the assailants managed to flee after the incident, while CTD personnel launched a manhunt after seizing their rifles and bullets.

At least three people were killed and 20 others were injured in a powerful bomb blast at the Paan Mandi in Lahore’s famous Anarkali market in January.

According to Dawn newspaper, Lahore police spokesperson Rana Arif confirmed the death of three people in the blast that shattered the windows of nearby shops and buildings.

The blast occurred near the Paan Mandi, where Indian commodities are sold, according to police.