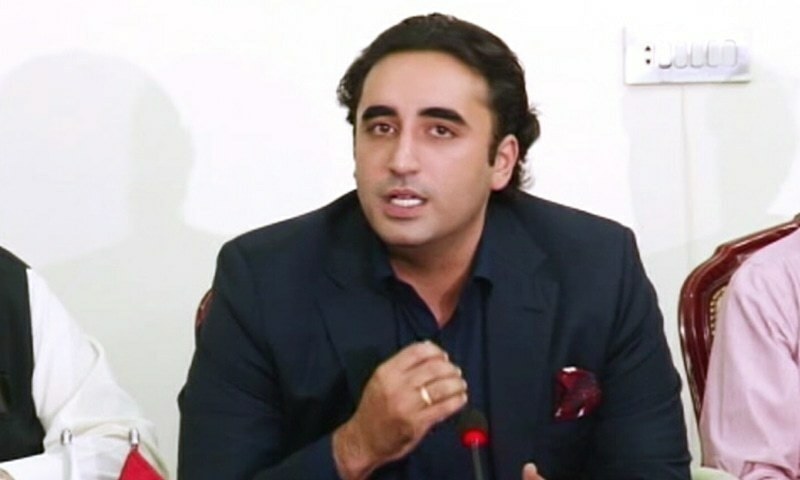 ISLAMABAD: Foreign Minister Bilawal Bhutto Zardari, as part of Pakistan’s ongoing efforts to draw attention of the international community to the alarming situation in Indian Illegally Occupied Jammu and Kashmir (IIOJK), has addressed a letter to Secretary General of the United Nations, Antonio Guterres.

The letter dated May 31, 2022 apprises the Secretary General of the circumstances of Yasin Malik’s conviction in a manifestly dubious and politically motivated case filed by the Indian National Investigation Agency, his chronic ailments and the ruthless treatment meted out to him in Indian jails.

It also highlights that the incarceration of Yasin Malik, his sham trial on concocted charges, his malicious conviction and the attempt to portray the legitimate freedom struggle of the Kashmiris as terrorism, illustrate India’s blatant disregard of its international legal obligations, a press release issued here by the Ministry of

The foreign minister underscored that the malicious trial and conviction of Yasin Malik was a part of Indian government’s ongoing attempts to persecute and repress the Kashmiris and their leadership and to implicate them in fictitious and motivated cases.

He noted that by denying a fair trial to  Malik, arbitrarily detaining him and meting inhumane treatment to him in jail since 2019, India is in contravention of international human rights law, in particular the Universal Declaration of Human Rights and the International Covenant on Civil and Political Rights.

He also cautioned that in line with the well-documented pattern of Indian behaviour, there was credible risk of “custodial murder” in case of Yasin Malik.

The foreign minister urged the Secretary General to play his role in promoting a peaceful resolution of the Jammu and Kashmir dispute in accordance with the relevant UNSC resolutions; and called upon the international community to:

Prevail upon India to dismiss all the baseless charges against Yasin Malik and ensure his immediate release from prison;

Urge India to release all other Kashmiri leaders incarcerated on trumped-up charges and allow the people of Indian Illegally Occupied Jammu and Kashmir to determine their own future through a free and impartial UN-sponsored plebiscite as prescribed in the relevant UN Security Council resolutions;

Compel and counsel India to end its egregious violations of human rights against the people of Indian Illegally Occupied Jammu and Kashmir and implement the recommendations of the two OHCHR Kashmir Reports;

Prevail upon India to repeal draconian laws including UAPA, and accept a UN-supervised investigation into the human rights situation in the Indian Illegally Occupied Jammu and Kashmir, allow access to independent monitors for assessment of the ground situation in Indian Illegally Occupied Jammu and Kashmir, and to allow the Kashmiris to determine their own future through a free and impartial plebiscite under the auspices of the United Nations as enshrined in the relevant UN Security Council resolutions.