India devises another nefarious plan of mass genocide of muslims in IIOJK: Wani 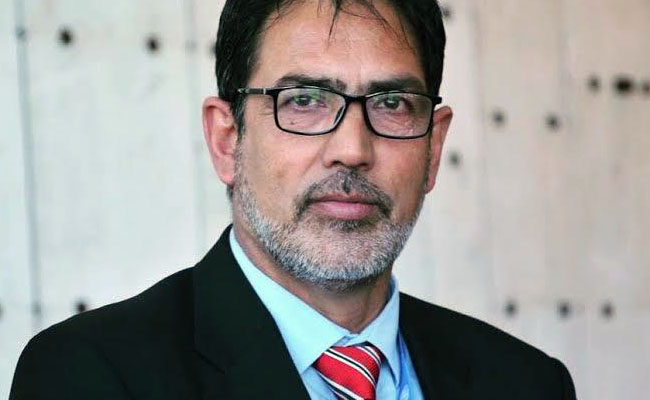 MIRPUR (AJK): Senior Hurriyat leader Altaf Hussain Wani has said  that Indian government was forcing Kashmiri pandits to migrate from valley to pave a way for Muslim genocide in the region.

Talking to APP here on Friday, the APHC leader while citing the recent incidents of targeted killing of Kashmiri Pandits by unknown assailants, said that the BJP was following the footsteps of former Jammu and Kashmir Governor Jaghmohan Malhotra-the man who orchestrated the drama of so-called Pandit-exodus from valley in early 90s to give a communal colour to Kashmiris’ ongoing struggle.

The BJP government, he said, was now hell bent on repeating history.

“The methodology and tactics being employed are same, however, the objectives are different”, Wani said adding that, in 1990, the government’s motive behind the mass migration of pandits was to defame the freedom struggle and put blame on resistance fighters.

“This time the racist regime’s designs are far more dangerous than what Jaghmohan did in the 90s”, he said.

Getting Kashmir valley free from Pandits, he said, is part of the BJP’s sinister plan to pave a way for genocide of Muslims in Kashmir and turn the Muslim majority region into a minority. Terming it as part of the Indian government’s settler colonialism campaign, Wani said that the Modi government had been engaged in hatching conspiracies to alter the region’s demography.

He said that settling non-state subjects, creating a separate-colonies for Kashmiri pandits and ex-army personnel in different areas of the valley had been on top of the BJP government’s agenda.

Referring to Bollywood movie, the Kashmir files, Wani said, “the highly controversial, propaganda laden film, which portrays Kashmiris as terrorists was used by the BJP government as a tool advance its ultra-nationalist agenda, which paints Islam and Muslims to be a threat to the country’s Hindu majority”.

The film, being screened for free in many Indian cities, he said, fostered Islamophobia and anti-Muslim hatred across the India.

“Amidst mounting majoritarianism and polarisation in India, the so-called Kashmir Files is an incendiary recipe to legitimise the persecution of innocent Kashmiri Muslims at the hands of the Indian occupation troops”, he added.

Kashmiris, he said, have always protected the Pandit community living in the valley, especially those who have refused to be a part of the Jaghmohan’s conspiracy.

He said that scores of Indian secret agencies working in the valley have been tasked to execute this insidious plan.

Wani said that killing of a school teacher and a bank employee in Kulgam area was also a handiwork of these Indian secret agencies to create an environment of fear and insecurity amongst Kashmiri Pandits.

He said that the Hurriyat leaders had time and again assured their full support and assistance to Kashmiri pandits.

Urging the international community to take effective notice of the matter, Altaf Wani said that it was high time that the world should come forward in a big way and hold the Indian government accountable.