* Amongst them, Sana Javed was the first one to give out her reaction to the verdict 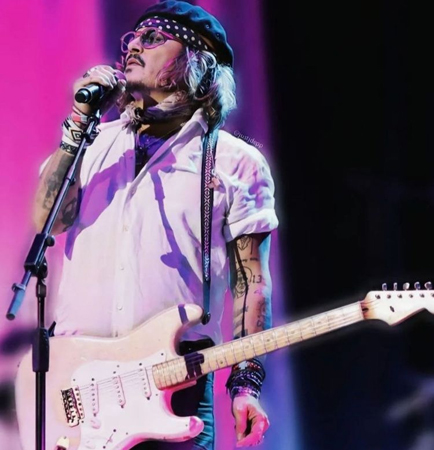 Johnny Depp’s win has been a momentous occasion for his ardent fans and celebrities who extended full support to the actor during his libel trial against ex-wife Amber Heard, on Wednesday.

Amongst them, Sana Javed was the first one to give out her reaction to the verdict.

Taking to Instagram story, the Khaani actress shared a slew of photos of Depp and expressed her elation at his success. Moreover, Meray Paas Tum Ho star Hira Mani also turned to IG story and extended her support to the Sleepy Hollow actor.

Other than that, Sabaat actress Mawra Hocane also shared the latest post of Depp along with a heart emoticon on her IG story. Interestingly, Mishi Khan, known for raising her voice on politics and social issues, took a hilarious dig at Depp’s win when she called Amber Heard as “American Reham Khan” on her IG post.

Meanwhile, the singer-actor Ali Zafar took to Twitter and penned down his emotions.