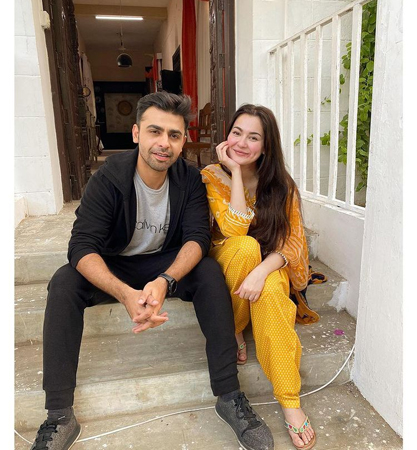 Saeed is going viral across social media platforms. The viral picture shared by Hania Aamir on Instagram on ‘Mere Humsafar’ day, sees them sitting together on the stairs.

The click got millions of likes from their fans and fellow celebrity Yumna Zaidi. Mere Humsafar is the life story of Hala, born to a Pakistani father and foreign mother who leaves them after her birth.

Hania has been a part of many hit serials including Ishqiya for which she bagged an award at ARY People’s Choice Awards and Visaal, while, Farhan was seen in Prem Gali alongside Sohai Ali Abro.

The play is directed by Neeli Zinda Hai director Qasim Ali Mureed. It is written by Saira Raza.