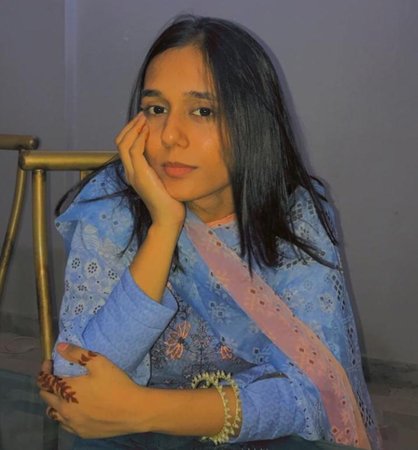 Applications were received from all over Pakistan with diverse content, but in the end, only one film proposal could be chosen to receive the grant.

The name of the finalist for the 2022 Taiwan Pitch Pakistan Fellowship is student filmmaker Tooba Shakeel, who is currently studying at Karachi University.

As announced earlier this year, Patakha Pictures has already provided 10 female filmmakers grants in its first round of fellowships in partnership with the SDI and British Council, so with this second filmmaking grant, Taiwan Pitch Pakistan Fellowship, Patakha Pictures aims to fund and mentor younger filmmakers – encouraging female students who are filmmakers to realize their dreams.

This is the first time in Pakistan that any filmmaking grant of this stature has been offered to students.

As part of this grant, the Taiwan Pitch Pakistan Fellow Grantee, Tooba Shakeel, will start taking part in the Talent Village workshop courses in July and receive $10,000 in funding for film production, travelling to Taiwan in August 2022 to attend classes in person and complete her film project.

In addition, student applications will enjoy a special collaboration with Sharmeen Obaid-Chinoy who will be giving a Talent Village masterclass:

“We have been so lucky that this year at Patakha Pictures we have managed the mentorship and funding for 10 women across from Pakistan. We hope that this is just the first step toward creating an ecosystem where more female filmmakers can emerge from.” said Sharmeen Obaid-Chinoy.

Taiwan Pitch rolled out the first edition of the Nonfiction Short Film Fund in March 2022, open to filmmaking students worldwide and received proposals from Taiwan and 24 other countries, finally selecting 40 of them that respectively developed their Taiwan stories in different aspects. The themes include social issues, specific historical and cultural phenomena, family histories and character stories. Proposals went from traditional documentary to experimental techniques, even going so far as animation techniques and other new media applications. As well as displaying creativity in film development, the results of the selection also demonstrated solid field and textual research and complete shooting plans. The judges were looking forward to seeing how different aspects of Taiwan will be shown through these viewpoints. Student finalists will start taking part in the Talent Village workshop courses in July and come to Taiwan in August to attend classes in person and shoot their film projects.

Patakha Pictures is an initiative by SOC Films and Sharmeen Obaid Chinoy.

CNEX Foundation is a non-profit organization devoted to producing and promoting contemporary documentaries. We aspire to become a platform supporting motivated storytellers to enhance a sustainable strategy for documentary filmmaking and facilitate cultural exchange between Taiwan and the international community.