At the outset of hearing, National Accountability Bureau (NAB) Prosecutor Sardar Muzafar Abbasi said an amendment had been introduced in the NAB law and the bill in that regard was at the president’s office for approval. The NAB chairman was also leaving the charge of his office, he added.

The prosecutor said a suo moto case regarding appointments in NAB and the Federal Investigation Agency was also pending before the apex court. The court asked whether the Supreme Court had stopped it (this court) from hearing the case and if the prosecutor had the order sheet of the apex court.

Defence lawyer Amjad Pervaiz contended that this case had no connection with the said suo
moto case. The prosecutor appointed in the previous regime was not changed and was still present in the court despite the regime change, he added.

Giving arguments in the case, Amjad Pervaiz said the Supreme Court had formed a joint investigation team which submitted its report on July 10, 2017 while the apex court ordered NAB to file a reference on July 28, 2017. He said the trial court framed charges against the accused on October 19, 2017.

The lawyer said the Joint Investigation Team head Wajid Zia had not informed that how the MLA (mutual legal assistance) was sent and what was the question it carried. He said the Volume-10 of the JIT report was not shared with the defence as it was sealed by the apex court and their request for its provision was dismissed.

Justice Kayani remarked that if it was not shared then it also would not be used against the defence. The lawyer said he had conducted cross examination on the basis of common sense as the punishment was given on the letters included in the said volume. The NAB Deputy Prosecutor General said four or five letters regarding the mutual legal assistance were shared with the defence. Justice Farooq remarked that the purpose of documents’ provision was allowing the lawyers to prepare the defence. An accused was a favourite child of the court during trial, he added.

To a query, Amjad Pervaiz said NAB had attached the transcripts of Nawaz Sharif’s speech and interviews of Hassan, Hussain Nawaz and Maryam Nawaz with the supplementary reference.

The lawyer said the charge sheet of every crime should be clear in accordance of the law, however, justice in the present case had been denied. He argued that the testimony of 16 witnesses had been completed when the application was moved to summon the NAB director general for provision of letters’ record. The defence’s plea to postpone final judgment was dismissed at the time when former prime minister Nawaz Sharif and Maryam Nawaz were in London while Kalsoom Nawaz was on the death bed, he added.

Amjad Pervaiz said the trial court had acquitted the accused from charges of corruption and dishonesty, and NAB had not challenged it. His clients were given sentences on charges of holding assets beyond sources of income, he added.

The court asked the lawyer to also keep in mind the effects of changes in the charge sheet after the supplementary reference. The court adjourned the case till June 20, wherein Amjad Pervaiz will continue his arguments. 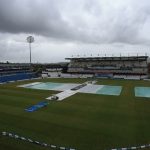