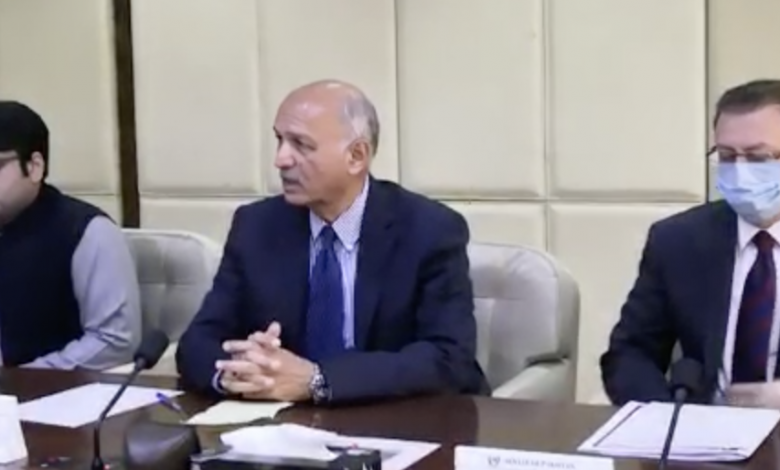 ISLAMABAD: The Senate Defence Committee met on Thursday and received a comprehensive briefing from the Ministry of Defence on the causes and circumstances of the unprecedented intrusion of Indian projectile on March 9.

The Committee also received briefing on the recent induction of highly sophisticated J-10C aircraft for the defence of Pakistan, said a news release.

The Committee expressed concern on the monumental incompetence as well as ill-intent of India when the failure of the Indian military system caused such an unprecedented intrusion with a projectile, which could have caused a very serious accident with civilian aircraft or other consequences. The committee also condemned the double standards of the international community, particularly the Western patrons of India, who kept quiet or looked the other way at this Indian action against Pakistan.

The Committee also lauded the vigilance of the Pakistan armed forces in protecting the motherland from any intrusion or aggression and recalled how Pakistan’s armed forces gave a befitting response to Indian aggression at Balakot in February 2019.

The Committee was fully briefed on the strategic importance of the highly sophisticated of J-10C aircraft given by China for the defence of Pakistan.  Noting that Pakistan was the first country that had received such aircraft. The Committee thanked the time-tested friend and strategic partner, China, for their resolute support to Pakistan at all time in all sectors, be it CPEC or defence or diplomacy. With the induction of these aircrafts, the Defence Committee feels that India’s aggressive designs will be foiled effectively given that Pakistan now has a strong, strategic conventional deterrence capability.