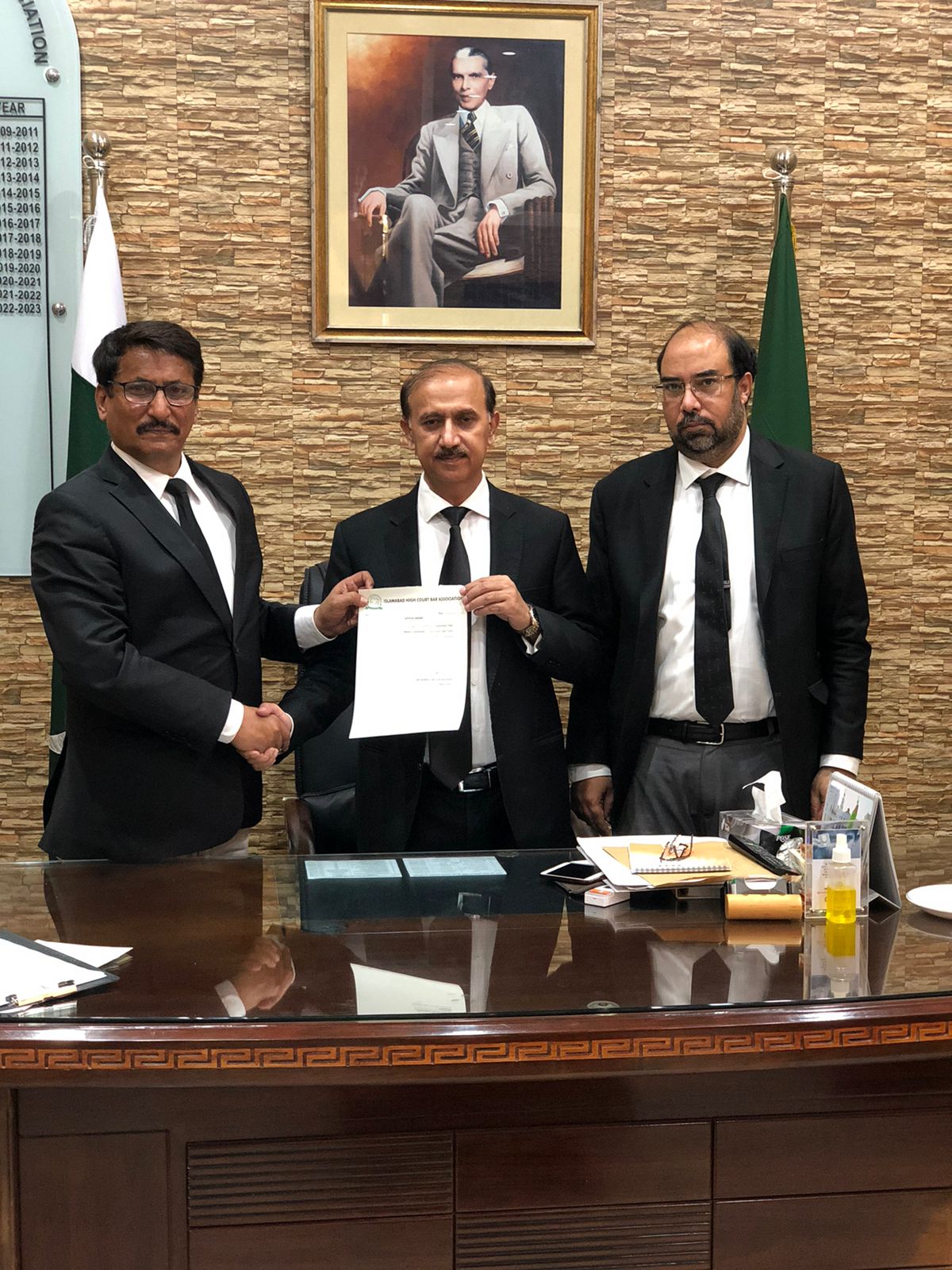 To promote professionalism and enhance communication on legal matters, the Islamabad High Court Bar Association (IHCBA) has appointed Right to Information (RTI) lawyer, Khudayar Mohla, as the chairman of its media committee.
The four-member committee now comprises Chairman Mohla, Vice-Chairman Muhammad Abdul Rafeh, and High Court Advocates Syed Shafqaat Ahmad and Zohaib Hassan Gondal.
Before starting his legal practice, Mohla worked with various national, regional, and global media houses, and is the founding editor of The Law Today Pakistan (TLTP).
He specialises in RTI, media laws, consumer rights, and cybersecurity. He is also a visiting faculty member at the law departments of Quaid-e-Azam University and International Islamic University Islamabad.
In a statement issued soon after his appointment, Mohla said that the legal and media fraternities play a crucial role in today’s world, adding that under his chairmanship, the committee would facilitate the correspondents to enable them to carry out their professional duties.
For the capacity-building of budding court lawyers and to promote the dissemination of information, he said, seminars would be arranged on the jurisdictional functioning of the courts.
The chairman said that the committee would promote increasing lawyer-journalist linkages for the protection of human rights and promotion of media freedom.
Acknowledging the central role of the media committee being the dissemination of IHCBA’s news, he said that they would also welcome feedback from editors for improving their performance.
IHCBA President Muhammad Shoaib Shaheen said that the media committee would support journalists in improving coverage of human rights issues and will contribute to the society through dissemination of information in a professional manner.
He underscored the importance of professionalism within the ranks of lawyers and journalists for national stability.