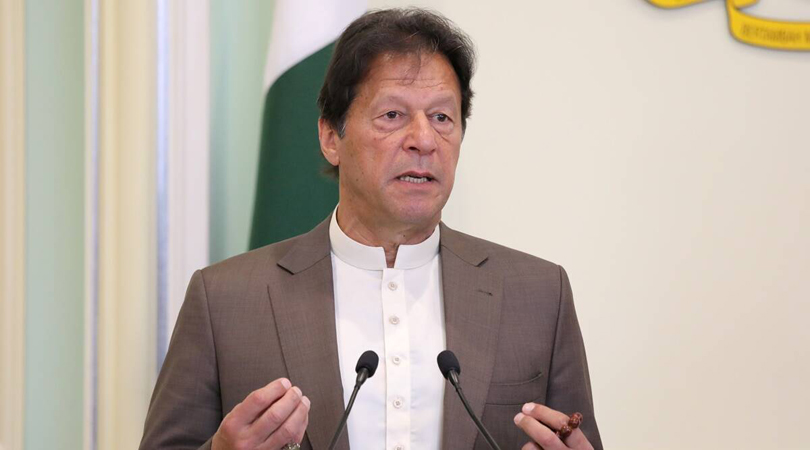 ISLAMABAD: Leader of the House in Senate Azam Nazir Tarar on Thursday strongly condemned Imran Khan’s statement in which he (Imran) stated that the country would be divided into three parts if right decisions were not taken right now.

“Imran Khan has lost his mind after losing the coveted post of prime minister,” Tarar said initiating a debate in the senate after suspension of agenda items.

He said Pakistan would exist forever. He accused Imran of violating his oath regarding the protection of national interests and country’s secrets.

“Imran Khan lost power following losing the support of his allies. He was ousted from power after losing no-confidence motion. The current government assumed powers in a legitimate and constitutional way after success of no-confidence motion,” he said urging superior judiciary and institutions to take notice of Imran’s statement as his utterances were creating unrest among general public.

He also urged institutions including Supreme Court to take notice of Imran’s statements as Pakistan could not be run on the whims of an individual.

“Imran is suffering from bipolar disorder which causes extreme mood swings that include emotional highs (mania or hypomania and lows (depression),” he added.

Leader of the opposition in Senate, Dr Shahzad Waseem said the statement of Imran Khan was not being seen in true context.

Senator Tahir Bizenjo said that narrative of PTI Chairman Imran Khan was not considerable as he thought of himself as the only person fit for the executive authority. He said that Imran Khan was mentally tense after failure of long march, and suggested PTI to return to National Assembly and play its role for better economy of the country.

Senator Rana Maqbool said that Imran Khan was pursuing his vested interests and wanted to derail the entire system. The attitudes of Chief Ministers Gilgit-Baltistan and Khyber Pakhtunkhwa reflected the mindset of those who wanted confrontation between the federating units. He also quoted the statement of Anila Ali, member of delegation visiting Israel, who thanked Imran Khan’s government to let a Pakistani travel to Israel.

Senator Hidayatullah Khan said that leaders and founders of ANP always supported the policies for a stronger Pakistan. He said that ANP was among those parties who made efforts for unanimous Constitution for Islamic Republic of Pakistan in 1973.

Senator Moula Bux Chandio said that PPPP always struggled, its workers, as well as leaders, sacrificed their lives for a sovereign Pakistan. He said that former Prime Minister Benazir Bhutto sacrificed her life following the footprints of his father Zulfiqar Ali Bhutto and PPPP raised slogan of `Pakistan khappay’ (We Want Pakistan) on the occasion of her martyrdom.  He said Bilawal Bhutto Zaradari supported the slogan of his mother who used to say that ‘democracy is the best reveng’ and even he defended the visit of Imran Khan to Russia during his tour to the United States.