IHC receives challenge to amend in law for overseas vote 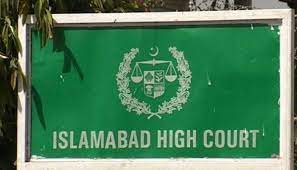 ISLAMABAD: The Islamabad High Court decided on Thursday that all applications opposing the modification in the procedure for overseas voting be consolidated.

Petitioner Muhammad Iqbal claimed in the court of Chief Justice Athar Minallah that the government’s recent change to the law was unconstitutional.

According to Justice Athar Minallah, the change does not disenfranchise Pakistanis living abroad.  “If the nine million overseas Pakistani citizens will vote in a single constituency,” he questioned.

“The procedure for overseas Pakistanis vote is a complicated issue. Everyone brings a petition to the court but no one knows the law,” chief justice IHC remarked.

“In the United States 13 states of America deny the right to vote to their overseas citizens,” Justice Minallah remarked. “It is the mandate of the institutions to decide the procedure of vote,” he added.

The court adjourned further hearing of the case until June 03 (tomorrow).