Russia warns US, Germany on new weapons for Ukraine 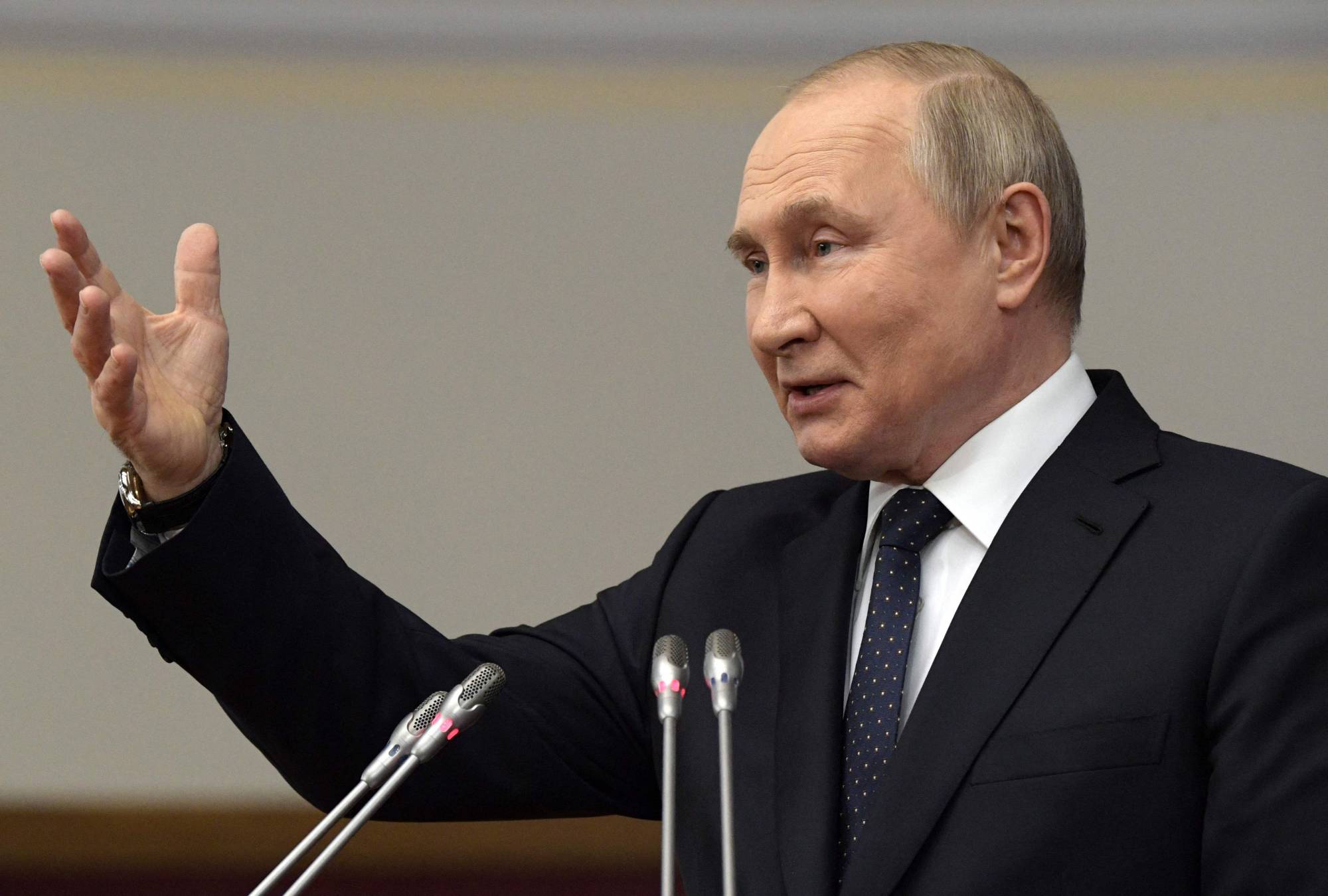 The Kremlin accused the US of “pouring fuel on the fire” as the US and Germany have pledged to equip Ukraine with some of the advanced weapons it has long desired for shooting down aircraft and knocking out artillery, as Russian forces closed in on capturing a key city in the east.

Germany said it will supply Ukraine with up-to-date anti-aircraft missiles and radar systems, while the US announced it will provide four sophisticated, medium-range rocket systems and ammunition.

The US is trying to help Ukraine fend off the Russians without triggering a wider war in Europe. The Pentagon said it received assurances that Ukraine will not fire the new rockets into Russian territory.

Western arms have been critical to Ukraine’s success in stymieing Russia’s much larger and better-equipped military, thwarting its effort to storm the capital and forcing Moscow to shift its focus to the industrial Donbas region in the east.

But as Russia bombards towns in its inching advance in the east, Ukrainian President Volodymyr Zelenskyy has repeatedly pleaded for more and better weapons and accused the West of moving too slowly.

The new arms could help Ukraine set up and hold new lines of defence in the east by hitting back at Russian artillery pieces that have been battering towns and cities and by limiting Russian airstrikes.

Military analysts say Russia is hoping to overrun the Donbas before any weapons that might turn the tide arrive. It will take at least three weeks to get the precision US weapons and trained troops onto the battlefield, the Pentagon said.

But US Defence Undersecretary Colin Kahl said he believes they will arrive in time to make a difference in the fight.

The rocket systems are part of a new US$700 million ($975 million) package of security assistance for Ukraine from the US that also includes helicopters, Javelin anti-tank weapon systems, radars, tactical vehicles, spare parts and more.

The rockets have a range of about 80km and are highly mobile. Ukraine had pushed unsuccessfully for rockets with a range of up to 300km.

Kremlin spokesman Dmitry Peskov said Moscow does not trust assurances that Ukraine will not fire on Russian territory. “We believe that the US is deliberately and diligently pouring fuel on the fire,” he said.

Russian Foreign Minister Sergey Lavrov said Ukraine’s push for more weapons is a “direct provocation intended to draw the West into the fighting.” He warned that the multiple rocket launchers would raise the risk of an expanded conflict.

US Secretary of State Antony Blinken said that Ukraine had promised not to strike into Russia — and dismissed suggestions that Washington was to blame for escalating with Russian President Vladimir Putin.

“Simply put, the best way to avoid escalation is for Russia to stop the aggression and the war that it started,” Blinken told reporters.

He promised that the United States would keep assisting Ukraine, saying there were no signs of Russia pulling back.

“As best we can assess right now, we are still looking at many months of conflict,” he said.

Russian forces edged closer Wednesday to taking the key eastern Ukraine city of Severodonetsk but Kyiv’s hopes of holding off their invaders were boosted by a US pledge of more advanced rocket systems to help their defence.

“If in two or three days, the Russians take control of Severodonetsk, they will install artillery and mortars and will bombard more intensely Lysychansk,” the Ukrainian-held city across the river, he said on Telegram.

Ukraine successfully stopped Russia from seizing Kyiv after its February 24 invasion but the campaign in the east has had a high cost, with President Volodymyr Zelensky saying that 60 to 100 soldiers were dying each day.

“The situation in the east is very difficult,” Zelensky told US newsgroup Newsmax.

With only Lysychansk remaining a pocket of resistance in the eastern Lugansk region, Severodonetsk has become a target of massive Russian firepower.

Oleksander Motuzianyk, spokesman for Ukraine’s defence ministry, said there was fighting in the streets in Severodonetsk and the Russians had reached the city centre.

“The Ukrainian armed forces are actively resisting them,” he said.

In a boost for the outgunned Ukrainian military, President Joe Biden confirmed that longer-range weapons were on the way.

The new weapon is the Himars multiple launch rocket system, or MLRS, a mobile unit that can simultaneously launch multiple precision-guided missiles up to 80 kilometres (50 miles) away.

West of Severodonetsk, in the city of Sloviansk, AFP journalists saw buildings destroyed by a rocket attack in which three people died and six others were hurt.

And on Wednesday, at least one person died and two others were injured in Soledar, between Sloviansk and Severodonetsk, AFP saw.

The European Union has also sent weapons and cash to Ukraine while levelling unprecedented economic sanctions on Moscow.

Germany said Wednesday it would deliver an air defence system capable of shielding a major city from Russian air raids, although it will take months to get to the frontline.

EU leaders agreed this week to ban most Russian oil imports but played down the prospects of shutting off Russian gas on which many member states are hugely dependent.

Moscow said a “reorientation” was underway to find alternative destinations for its oil, as it moved to “minimise the negative consequences”.

The sanctions are biting — a panel of investors said Wednesday that Russia has failed to pay $1.9 million of accrued interest on a sovereign bond.

And Russian energy giant Gazprom said its gas exports to countries outside the former Soviet Union dropped by more than a quarter year-on-year between January and May after losing several European clients.

Russia’s invasion of Ukraine has sparked a rethinking of security for many Europeans, with Finland and Sweden shedding earlier reluctance to join NATO.

“Tonight Denmark has sent a very important signal. To our allies in Europe and NATO, and to Putin,” Danish Prime Minister Mette Frederiksen told cheering supporters.

“We’re showing that when Putin invades a free country and threatens the stability in Europe, we others pull together,” she said.

Ukraine — one of the world’s main producers — will likely export only half the amount of grain that it did in the previous season, the Ukrainian Grain Association said.

At the Vatican, Pope Francis pleaded against the use of grain as a “weapon of war”.

And in Glasgow, meanwhile, Ukraine’s national side played its first official match since Russia’s invasion, defeating Scotland 3-1, setting up a World Cup play-off decider against Wales.

Reflecting the views of many, army serviceman Andriy Veres, 44, said he had been hoping for victory.