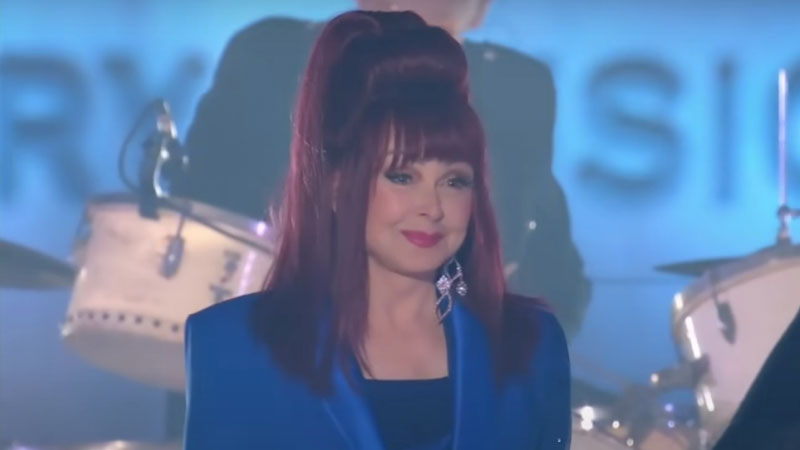 Ashley Judd is sharing new details about mom Naomi Judd’s heartbreaking death. During an interview with Diane Sawyer, which aired May 12 on Good Morning America, the actress revealed that she was at her mom and stepdad Larry Strickland’s home in Tennessee on April 30 when Naomi died by suicide. “Mom said to me, ‘Will you stay with me?'” Ashley recalled to Diane. “And I said, ‘Of course I will.'”

While at the house, Ashley stepped outside to let in a friend who came to visit. After returning inside, Ashley told Diane, “I went upstairs to let her know that the friend was there and I discovered her. I have both grief and trauma from discovering her.”

Ashley also addressed her mom’s cause of death during her interview, sharing that she decided to speak out about it before information about Naomi’s passing becomes “public” without the family’s control.

“She used a weapon, my mother used a firearm,” Ashley said. “So that’s the piece of information that we are very uncomfortable sharing, but understand that we’re in a position that if we don’t say it someone else is going to.”

Ashley and sister Wynonna Judd announced their mother’s death on April 30. “Today we sisters experienced a tragedy. We lost our beautiful mother to the disease of mental illness,” the message, posted to Ashley’s Twitter account, read. “We are shattered. We are navigating profound grief and know that as we loved her, she was loved by her public. We are in unknown territory.”

A day later, on May 1, Wynonna and Naomi were inducted into the Country Music Hall of Fame. During the Nashville ceremony, Ashley-who attended alongside Wynonna-helped honour their late mother in a moving speech.

“My momma loved you so much, and she appreciated your love for her and I’m sorry that she couldn’t hang on until today,” Ashley told the audience. “Your esteem for her and regard for her really penetrated her heart, and it was your affection for her that did keep her going in these last few years.”