‘Kamli’ is touted to be the best Pakistani film ever 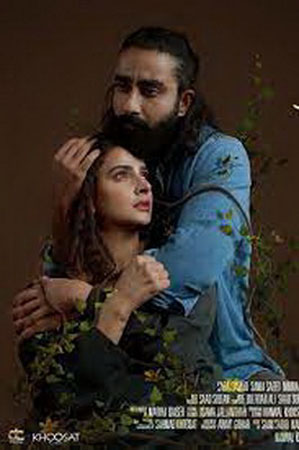 After receiving a 10-minute standing ovation at the worldwide premiere of Joyland at Cannes, Sarmad Khoosat won another loud applause for his soon-to-be-released film Kamli’s at its Karachi premiere. After the overwhelming praise Kamli is gathering, it’s safe to say that Sarmad Khoosat is having the best week of his life. The film starring acting giants Saba Qamar, Sania Saeed, Nimra Bucha, Omair Rana and the young mystery hero Hamza Khwaja in titular roles is touted to be the “best Pakistani film till date” by fans on social media. Kamli is now one of the most anticipated films of the year and Twitter can vouch for it. Due for a nationwide cinematic release on Friday, June 3rd, the feminocentric romantic thriller has already created its hype by winning the hearts of the audience and film critics through its brilliant cinematography, a well-edited trailer, an encapsulating soundtrack and symbolic storyline. Filmmaker Mehreen Jabbar, who watched the film at its private premiere, took to the microblogging site and wrote, “Sarmad’s film Kamli is beautiful, lyrical and soulful with incredible performances by Saba Qamar, Sania Saeed and Nimra Bucha.