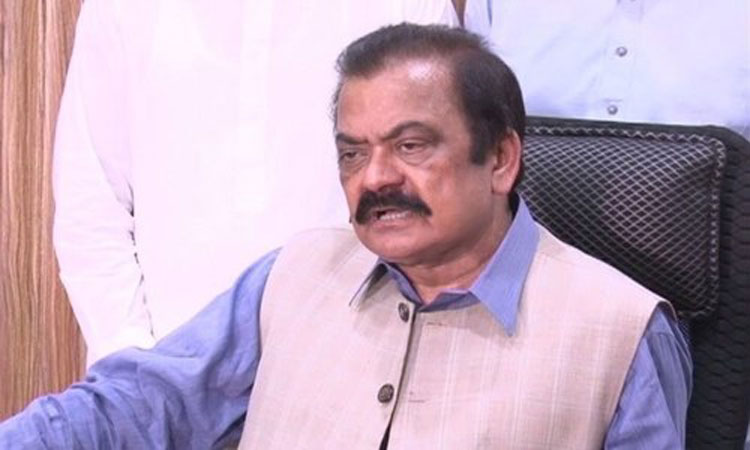 A sessions court Wednesday directed registration of a criminal case against Interior Minister Rana Sanaullah and top police officials over the alleged torture of lawyers in Lahore on the day of Azadi March by the PTI on May 25.

The court issued the orders after a lawyer – Haider Majeed Advocate – petitioned the court, accusing the police of not registering a case. A video of the incident was also played in the courtroom. The petitioner sought registration of a case against the interior minister, CCPO Lahore, DIG operations Lahore, SP Esa Sukheri (North Cantt Lahore), SP Waqar Azeem Kharal, DSP Akber Ali, SHO Asad Abbas and others. After hearing arguments on the petition, Additional Sessions Judge Mian Mudassar Umar Bodla ordered the relevant station house officer to register a criminal case under Section 154 (information in cognizable cases) of the Code of Criminal Procedure and process the matter “in accordance with the law”. The court order stated that the petitioner and his colleagues were boarding their vehicle when they were pulled over by the police, says a news report. It said the petitioners were “baton-charged, humiliated, disgraced and their vehicle was damaged badly” even though they were cooperating with law enforcers. The court subsequently asked the petitioner to approach the relevant SHO with a copy of the court order to proceed with the matter. PTI’s Azadi March was preceded by the authorities invoking of Section 144, a measure used to curb gatherings. The government also placed shipping containers on major thoroughfares to block the path of protesters, claiming that it was aimed at spreading “chaos and disorder”. Undeterred by the moves, the marchers, who tried to force through the containers to make their way to Islamabad, faced tear gas as the police tried to disperse them. Police also charged at them with batons.