Pakistan Institute of Medical Sciences (PIMS) has never signed any Memorandum of Understanding (MoU) against Rs 950 million for development of its data-base system, said Ministry of National Health Services (NHS) on Wednesday.

While talking to Daily Times, the ministry spokesperson Sajid Hussain Shah said that during tenure of Pakistan Tehreek-e-Insaf (PTI) when Dr Faisal Sultan was health minister, PIMS signed a MoU with the Shaukat Khanum Memorial Trust (SKMT) under which the SKMT committed to provide a software to maintain the data related to patients and other official’s record of the hospital. He stated that the software was totally free of cost. “Not a single penny has been paid so for by the health ministry or PIMS to SKMT against this service and any agreement of paying money against usage of this software was part of the MoU,” the Spokesperson clarified. To reply to a question, he rejected all news related to payment of money against this software and that “the administrative control of the PIMs was intended to be given under SKMT.” Meanwhile, another seven-month-old girl was confirmed to be paralyzed by wild polio on Wednesday. According to the NHS ministry, this was the seventh wild polio case in the country this year and the sixth in Mir Ali, North Waziristan while the child had an onset of paralysis on May 2.

According to preliminary investigations, the child had been paralyzed in both lower limbs and left arm. The reports increase the fears as more cases may come as viral circulation is expected to be higher from May to September.

“The outbreak in North Waziristan appears to be following the same pattern as that witnessed in 2014 and 2019 when there was a surge in cases in the same area. We are working tirelessly to ensure that we break this pattern,” said federal health Minister Abdul Qadir Patel.

The southern districts of Khyber-Pakhtunkhwa, namely North and South Waziristan, DI Khan, Bannu, Tank and Lakki Marwat, are at highest risk of wild poliovirus. Bannu also reported two positive environmental samples between April and May this year, confirming that ongoing wild poliovirus transmission is not limited to North Waziristan. “These cases are happening in the same part of the country but parents and caregivers around Pakistan must remain extremely vigilant and give their children repeated doses of the polio vaccine,” added Patel.

“We are administering the polio vaccine to children up to the age of 10 at all entry and exit points from southern KP to stop the spread of the virus,” said National Emergency Operations Coordinator Dr. Shahzad Baig. All children confirmed with wild polio this year belong to North Waziristan, where more cases are expected due to high refusal rates and instances of finger-marking without vaccination during campaigns. With this new case, the global count for wild polio in 2022 has reached eight from the endemic countries, with one case reported from Afghanistan in January. According to the available information, two such cases were reported last week. Both cases were detected in the area of Mir Ali. An expert stated that as Pakistan focused on Covid-19 during the last two years, it held few polio campaigns and ignored pockets of refusal, which allowed the poliovirus to bounce back. On April 22, Pakistan reported its first polio case in 15 months. Before that, the country had remained polio-free since Jan 27 last year, when the only case of 2021 was detected in Balochistan’s Qila Abdullah district.

All other federating and administrative units remained polio-free last year. All children confirmed with wild polio this year belong to North Waziristan, which has been a hotbed of poliovirus this year and more cases are expected in the coming days and weeks due to high refusal rates and instances of finger marking without vaccination during campaigns.

Dr Shahzad Baig, the coordinator for the National Emergency Operations Centre, claimed “the Pakistan Polio Eradication Programme has conducted emergency campaigns in the area, while children are administered the vaccine at all entry and exit points from southern KP to control the spread of the virus.” 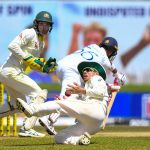 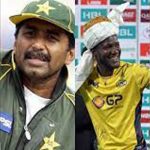 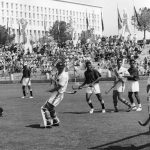 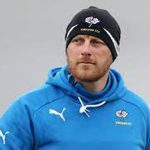 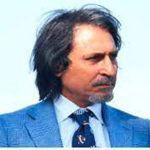