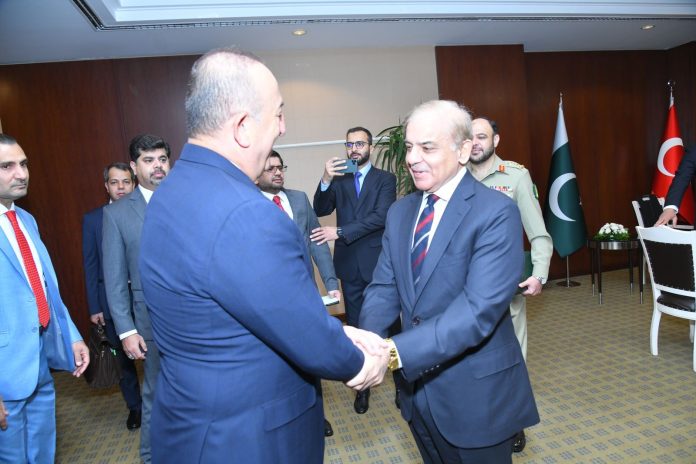 The promotion of cooperation in different sectors, particularly trade, investment, education, communication and culture was also discussed in the meeting.

PM Sharif said the historical and brotherly relations between Pakistan and Turkey were witnessing a new dimension leading to the progress of the two nations.

He said Pakistan and Turkey had a similarity of views on international issues and the people of the two countries stood by each other in difficult times.

He further said there was a strong relationship of mutual trust and respect between Pakistan and Turkey, which had turned into strong economic relations.

PM said Turkey made rapid progress under the leadership of President Recep Tayyip Erdogan, terming it a role model for other nations.

The Turkish foreign minister said Turkey and Pakistan had deep-rooted relations and expressed his government’s desire to strengthen ties in multifarious areas.