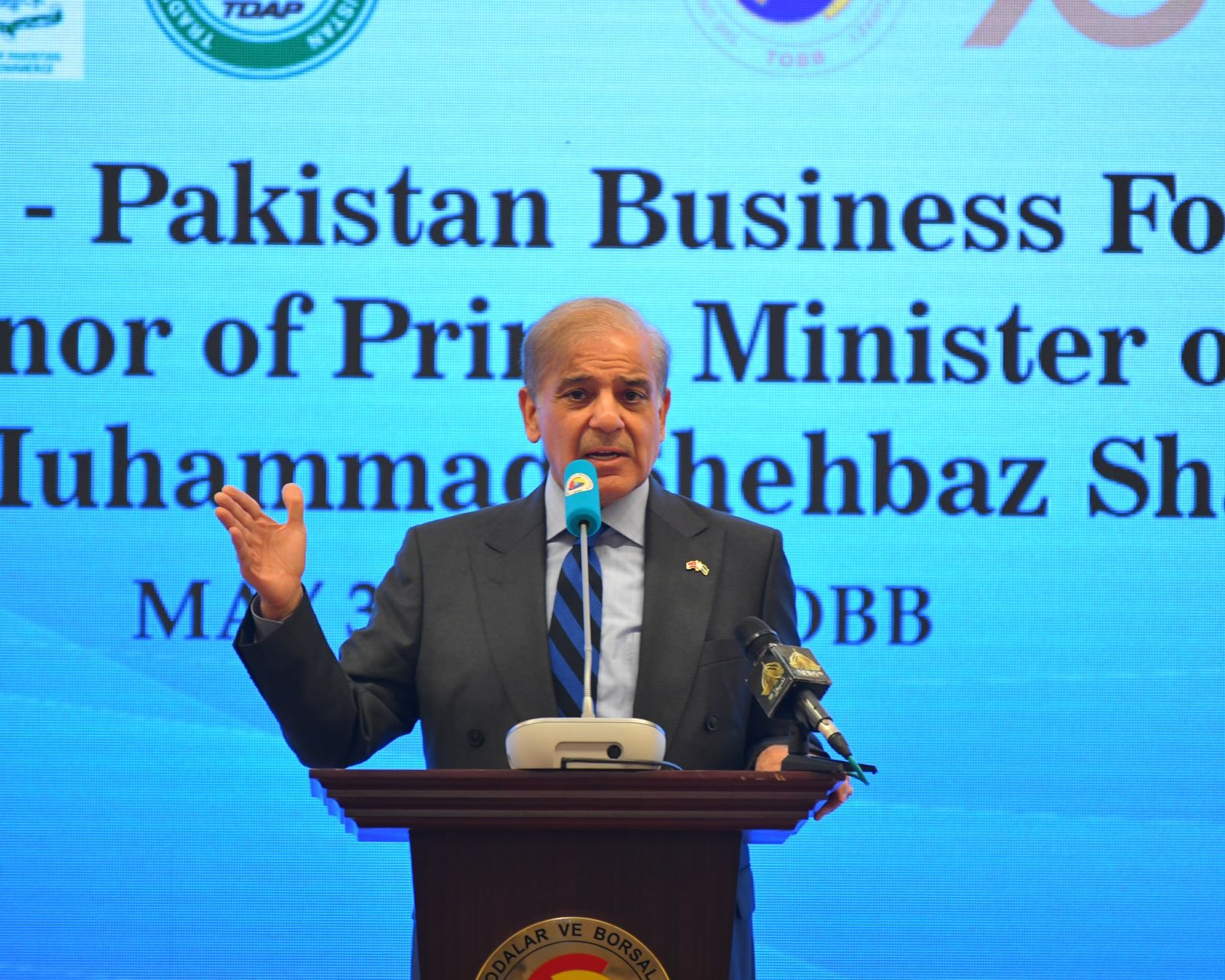 ANKARA: Prime Minister Muhammad Shehbaz Sharif Tuesday, while assuring his government’s all-out support, urged the business community of Pakistan and Turkey to take the bilateral trade to the $5 billion mark within next three years.

“The $1.1 billion trade is nothing… Let us resolve to take the two-way trade to $5 billion… Let us do it speedily. The time and tide wait for none,” he said addressing a dinner reception hosted by President of the Union of Chambers and Commodity Exchanges of Turkey (TOBB) Riffat Hisarciklioglu in his honour.

The prime minister, along with a high-level delegation, is on his maiden visit to Turkey, since he assumed office on April 11.

A huge number of businessmen from Turkey Pakistan Business Forum, Turkish and Pakistani investors, and officials from the boards of investment of Turkey and Pakistan attended the event.

The prime minister said the government had done away with all the impediments to the business sector and urged the Turkish investors to invest their capital in multiple sectors like agriculture, IT (information technology), dairy, textile, and many other fields.

“My investors are my masters. Come to Pakistan. We will genuinely roll out the red carpet for them,” he remarked.

The prime minister also assured the Turkish investors that they would face no hurdles in their future ventures in Pakistan, as they had been doing over the last four years.

He said under the leadership of President Recep Tayyip Erdogan, Turkey had achieved tremendous progress with its companies executing gigantic projects in multiple fields, including dams and infrastructure building across the globe.

Speaking high of the warm reception given to him and his delegation, the prime minister said the two countries enjoyed fraternal relations, dating back centuries.

He also thanked the Turkish people and the leadership for supporting Pakistan during the earthquakes and floods, besides showing its unwavering support for the Kashmir cause.