Adviser to the Prime Minister for Political and Public Affairs, Engr Amir Muqam here Tuesday urged the Supreme Court of Pakistan and Peshawar High Court to take serious notice of the irresponsible statement made by the Chief Minister Khyber Pakhtunkhwa regarding use of the province’s forces against the Federal Government.

Addressing a press-conference here at Swat Press Club, Amir Muqam said that it was a serious statement by the CM KP and the apex court should take suo moto notice of it. “The forces of Khyber Pakhtunkhwa are not the personal employees of Mahmood Khan rather they are the servants to the state of Pakistan.” He said the main duty of KP’s forces was implementation of law rather than protection of an individual’s personal interests and wishes.

Muqam said the entire nation had seen the misuse of KP official resources including its helicopter and storming of a province against the centre during PTI’s conspiracy march on May 25. He claimed that despite use of KP resources, Azad Kashmir and Gilgit Baltistan’s resources, the march was completely flopped as was evident from a few hundreds’ protestors against tall claims of bringing two million people, forcing Imran to quickly wind it up.

He said that PTI Chairman Imran Khan was responsible for the killing of PTI worker of Mardan during long march. “Imran Khan seems impressed by Modi Government’s foreign policy as he praises it in every public meeting”, he said adding that it created feelings of anger among people of Pakistan as they considered Modi was the butcher of Muslims of Gujrat and murderer of Kashmiris. He said Imran was a king of U turns and not interested in early election. “I question why Imran is not dissolving KP assembly and verifying his MNAs resignations if he wanted early election,” Muqam said.

He said PTI Chairman had broken all election promises whether it was construction of five million houses or 10 million jobs to youth. He said Imran was ousted from power after allied parties left him for his unfulfilled promises and not through foreign conspiracy. Muqam said it seemed as if Imran had lost senses after losing power and was now making failed attempts to drag national institutions into politics in a bid to get power back. He added that he would never be able to come into power again as his double standard politics stood exposed before the nation.

He said former selected prime minister had neither liked neutral umpires nor independent judiciary. He further said that judgments that came in his favour were good and those against him were being criticized loudly. Muqam said where was Imran when people were brutally killed, buildings were blown up and banks were looted during militancy in Swat and that over three million people were displaced from Malakand division. He accused Imran for going into hiding in Peshawar after flopped long march. Muqam said people of Khyber Pakhtunkhwa had rejected his conspiracy march as they knew that Imran government was responsible for the recent price-hike, increase in dollar against rupee and foreign debts. 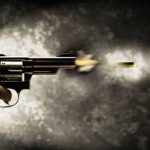