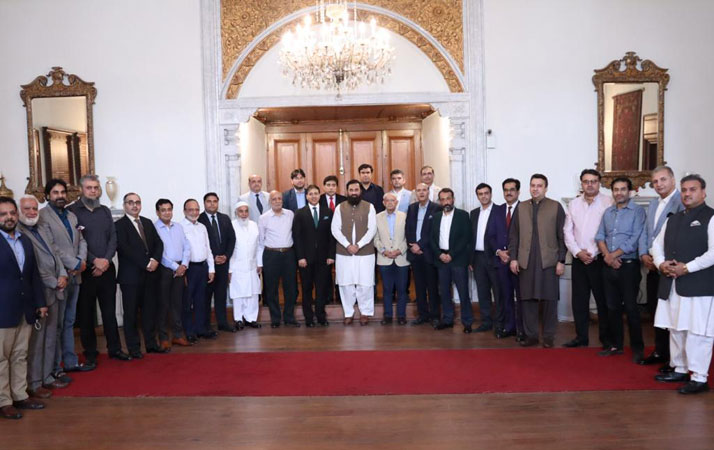 A delegation of LCCI Founders Group, led by Senior Vice President of the Lahore Chamber of Commerce and Industry (LCCI) Mian Rehman Aziz Chan and Vice President Haris Ateeq Tuesday held a meeting with the Governor Punjab Mian Balighur Rehman. The delegation greeted the governor and said that his appointment has ended the constitutional crisis in the province of Punjab. They apprised the governor about the issues of the business community. Balighur Rehman on this occasion, assured delegation of the LCCI to resolve their all issues. “I have a comprehensive plan to address grievances of the business community,” the governor said.

Office bearers of the Lahore Chamber of Commerce & Industry hoped that the Governor Punjab Mian Balighur Rehman will play an active role and will act as a bridge between the business community and the government. They said that it would also promote the idea of public-private partnership that is a key to success. They said that the inclusive policies should be formed in consultation with the stakeholders that will help achieve the economic goals.

The governor agreed with the proposal of LCCI office-bearers that a Charter of Economy should be signed in the larger interest of the country. Former LCCI Vice President Kashif Anwar said that the taxpayers should be given respect and honor as they are backbone of the economy and are playing a key role to run the economic affairs of the country.

They said that NHA has served notice the industries situated at highways to pay charges of highway usage that is a sheer injustice. They are already paying their taxes so that there is no logic of such charges. They said that FIEDMC board of directors is inactive.

He said that one-window operation has also been closed that is causing difficulties for the business community.