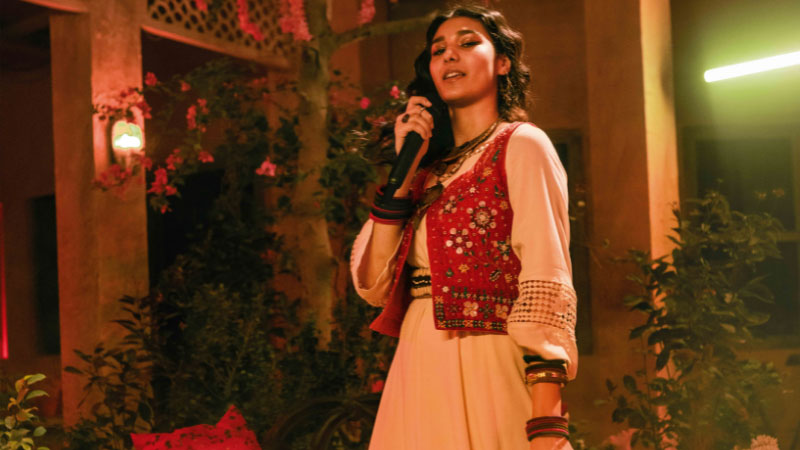 Pakistani singer Shae Gill clapped back at online trolls who were shaming her for saying a prayer for late singer Sidhu Moose Wala after his tragic death.

The Pasoori hit-maker shared the news of the singer’s demise on her Instagram stories as she wrote, “Heartbroken. May his soul rest in peace and may his family and friends have the strength to bear this loss.”

After which, Gill started receiving backlash from netizens in her DMs, telling her not to say prayers for a non-muslim. The message she received read, “As a Muslim, you are not allowed to make dua for non-Muslims when they die.” Responding to it, the singer wrote, “I’ve been getting a lot of such messages. Just wanted to inform everyone that I am not a Muslim.”

“I am a Christian, belong to a Christian family and can make prayers for people from different religions,” Gill added. She later shared another story in which a fan showered support on her and told her that it is okay to make prayer for non-muslims, to which Gill penned, “Mostly getting such messages now and it’s heartwarming.”

The singer continued: “I honestly wouldn’t have announced it like that but I got sick of people thinking they could police me by that standard.”

However, the trolls did not stop bashing her as she shared another message of a man who swore at her but Gill had a perfect response for him.

“And if you send me messages like this, you are getting blocked. And yes, I do read messages whenever I have the time,” she wrote on her last story.