Saif Ali Khan reacts to Sharmila Tagore calling him spontaneous: ‘She said I was a mistake?’ 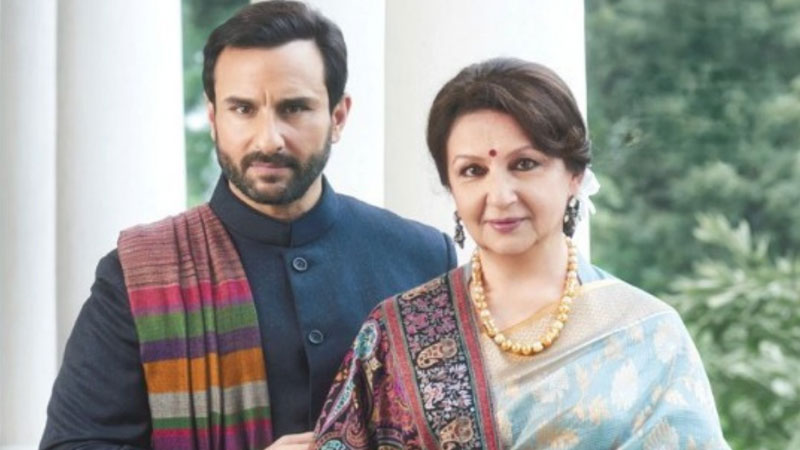 Actor Saif Ali Khan was rather mortified when he saw photos of himself from Sajid Khan’s film, Humshakals. The 2014 film, starring Saif, Tamannaah and Bipasha Basu among others, received negative reviews. Saif agreed with the perception surrounding his drag look in the film. He called it ‘hideously embarrassing’.

In an interview to Kusha Kapila Saif saw pictures and said, “Oh my God, Oh my God. Sajid, what did he do to us? What is this running? It is hideously embarrassing.” In the film, Ram Kapoor, Saif Ali Khan and Riteish Deshmukh had dressed up as women in the film. Despite receiving a zero rating from critics, Humshakals had somehow persevered at the box office and recovered its losses. After seeing the negative response, Saif had told Times Of India that the film ‘didn’t have a script’ and that it ‘was all there in Sajid’s mind’.

In an interview to Kusha, Saif also reacted to his mother Sharmila Tagore’s earlier comments about him where she had called him ‘spontaneous’. A rather baffled Saif asked, “What does that mean? Does that mean that she had me spontaneously? It’s like a borderline mistake. She said I was a mistake?” Sharmila had once told Firstpost in 2012, ” I thought he was a very beautiful baby, he was a beautiful boy too, very cuddly. But right from the beginning, he had a mind of his very own. He was not an easy child. He broke every rule of the game. And that was a trait that stayed with him. He was a challenge. He was extremely bright, very intelligent, it did not take him any time to get bored. He was impulsive, spontaneous, could grasp a situation at once. I was very busy those days, through his early years. From 1 to 6 years, I was doing double shifts, could barely take him to school and back.”

Saif also had a hilarious explanation about why he isn’t on social media. “My manager is like I want X amount of people liking you, and if you’ve got only 10 people supporting you, it would have been embarrassing.” While Kusha answered that he would easily hit a million in his first hour of his social media debut, he said, “But I don’t want to get into numbers and all that.”

Saif will next be seen in Vikram Vedha, which also stars Hrithik Roshan.

The film, a remake of the 2017 Tamil film will release on September 30. Apart from Vikram Vedha, Saif also has Adipurush, which stars Prabhas and Kriti Sanon.