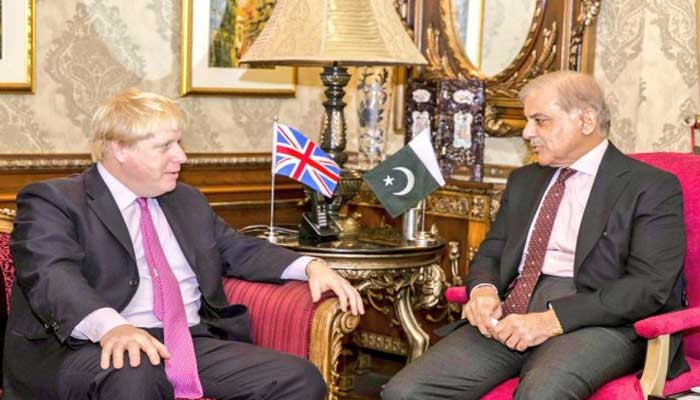 During a phone chat with his British counterpart on Monday, Prime Minister Shehbaz Sharif underlined his willingness to expand connections with the United Kingdom in a variety of fields.

During the call, British Prime Minister Boris Johnson stated that he looks forward to working with Prime Minister Shehbaz to promote commerce, global peace and security, and bilateral relations with Pakistan.

The prime minister praised the excellent role performed by the UK’s 1.3 million Pakistanis in developing deeper ties and building bridges between the two countries. He also emphasized the importance of enhancing collaboration in the sphere of legal migration in order to fully realize the potential.

He also emphasized the significance of releasing Afghanistan’s frozen assets in order to stabilize the country’s economy.

Johnson congratulated PM Shehbaz on 75 years of relations between the two countries.