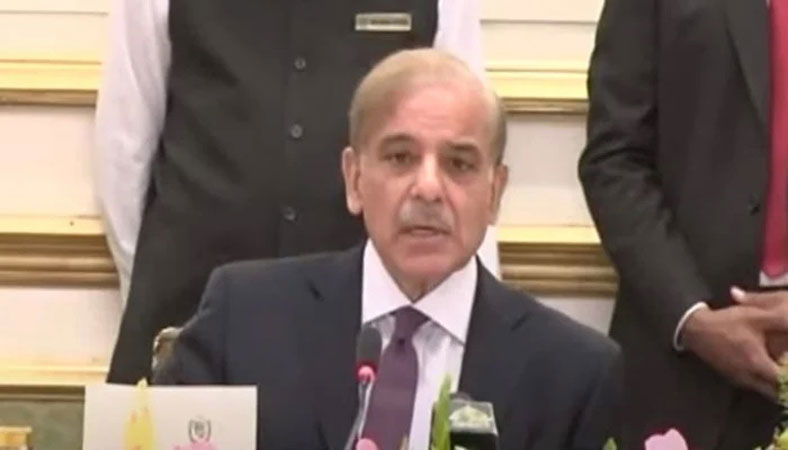 Pakistan doesn’t want handouts but investments from its Chinese friends, said Prime Minister Shehbaz Sharif adding that friendship between the two countries had weathered the storms and strengthened over time.

Shehbaz said this during a meeting on Monday with the representatives of Chinese companies investing in Pakistan. The premier praised China for progressing in various sectors and lifting numerous above the poverty level during the last three decades. Pakistan has China as a model to emulate and replicate its development reforms, Shehbaz said.

He said Pakistan looked forward to seeking support from China in every walk of life and it will benefit from China’s experience in the fields of industries and agriculture. Pakistan has resolved that we will meet all the challenges however difficult they are and take Pakistan towards progress, the premier said.

“For this, Pakistan needs real support from our Chinese friends, not in terms of money, aid or handouts, but in terms of investment, trade and expertise.”

Shehbaz said China was the most reliable friend of Pakistan and thanked the Chinese leadership, and his Chinese counterpart Xi Jinping for their unstinting support towards Pakistan in the shape of China-Pakistan Economic Corridor.

He said CPEC had helped Pakistan move forward a huge way. Recalling the start of the last decade, when electricity load-shedding was at its peak, Shehbaz Sharif said that the Chinese president and then prime minister of Pakistan Nawaz Sharif made various deals to set up power plants to overcome the issue by 2017. The premier pledged to fully facilitate the Chinese investors in Pakistan and never to forget China’s cooperation.

Separately, Prime Minister Shehbaz Sharif had a telephone conversation with his British counterpart, Boris Johnson, and exchanges views on a wide range of bilateral and international issues, from the Pakistan-UK Enhanced Strategic Dialogue (ESD) to the ongoing situation in Afghanistan and Ukraine.

During the telephonic conversation, Prime Minister Johnson reiterated his felicitations to Prime Minister Shehbaz Sharif on his election and assumption of office. He underlined UK’s desire to further enhance its bilateral relationship with Pakistan.

Prime Minister Shehbaz felicitated the UK on the platinum jubilee celebrations of the Queen Elizabeth’s coronation. Both leaders emphasised the importance of celebrating the 75th anniversary of the establishment of Pakistan-UK diplomatic relations in a befitting manner.

Shehbaz stated that Pakistan valued its relations with the UK, which were based on historical linkages and convergent interests on a broad range of issues. He reiterated Pakistan’s desire to bolster its ties with the UK across diverse fields, with a special emphasis on trade and investment partnership.

The prime minister appreciated the positive role played by 1.6 million Pakistani diaspora in forging closer links and building bridges between the two countries. He emphasised the need for strengthening cooperation in the fields of legal migration to fully realise the potential.

Shehbaz underscored the importance of the ESD and suggested the development of a 10-years roadmap to take the bilateral relations forward in diverse fields. He stressed that the ESD should deepen mutual engagement and the bilateral partnership elevated to the next level.

The prime minister also highlighted the grave violations of human rights in the Indian Illegally Occupied Jammu and Kashmir (IIOJK). While reiterating Pakistan’s commitment towards promotion of peace in the region, he stressed the importance of peaceful resolution of the Jammu and Kashmir dispute.

Prime Minister Johnson conveyed his government’s deep appreciation for Pakistan’s cooperation with UK, particularly with regard to evacuations in the aftermath of developments in Afghanistan post-15 August 2021.

They also exchanged views on the situation in Ukraine and other issues.