SC interpretation of Article 63(A) not applicable to my election 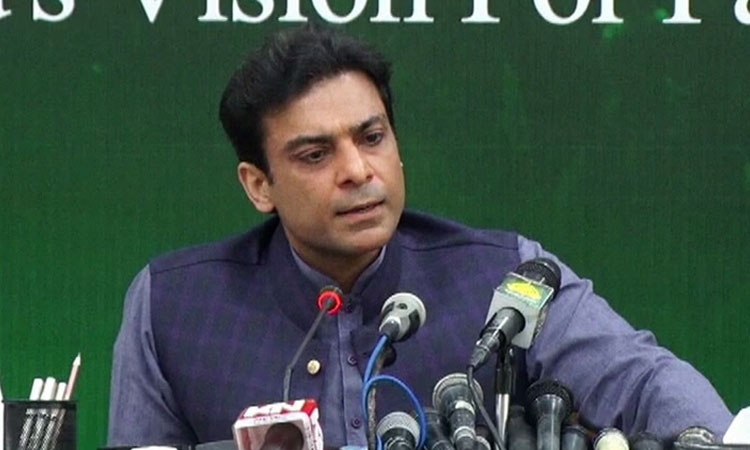 Punjab Chief Minister Hamza Shahbaz Monday claimed that the Supreme Court’s interpretation of Article 63(A) was not valid on his election to the chief minister’s slot.

The statement came with Hamza’s 16-page written response submitted to the Lahore High Court (LHC) against the petitions challenging his election as chief minister.

“The election on Punjab CM’s slot was staged in line with the high court’s orders and as per the law and the Constitution,” Hamza stated in the reply, adding that the interpretation of Article 63(A) does not apply to the polls since the apex court’s judgment came later.

Hamza pleaded with the court to dismiss the petitions challenging the CM’s election and impose fines on the petitioners, stating that he is performing his responsibilities assigned by the law as a CM.

Hamza maintained that the former Punjab governor’s investigation into the CM’s election was “illegal”. The Punjab Assembly secretary also had no authority to conduct a probe into the election, says a news report.

On May 25, the LHC had fined Hamza Shahbaz and the Punjab government Rs100,000 each for not submitting their responses on the petitions.

Adhering to court orders, Hamza Shahbaz submitted his reply and Rs100,000 as a fine.

At the outset of hearing, advocate-general apprised the court that the Punjab government had submitted the reply in the case.

The Punjab government’s counsel pleaded with the court not to make the fine a part of the record as it was a matter of the officers’ job. At this, the court approved his request.

“As per the law, a candidate needs at least 186 votes to win the chief minister’s election in Punjab. Out of the total 197 votes bagged by Hamza, 25 were of the PTI’s defiant lawmakers,” argued Ali Zafar.

Following the SC’s interpretation of Article 63(A) of the Constitution, the question before the court is whether these 25 votes will be counted or not, asked the PTI’s lawyer.

The PTI’s lawyer was of the view that the 25 votes of the defiant lawmakers will not be numbered and Hamza Shahbaz has lost the simple majority which is needed for holding the office of the chief minister as per the Constitution.

At this, the LHC chief justice asked, “Will all the verdicts given in the past be reversed if the SC interpretation of Article 63(A) is applied retrospectively?”

The ECP had de-notified the PTI’s defiant lawmakers, observed the court.

“The brief order of the SC is not to count the votes of defiant lawmakers,” noted the LHC judge.

The election for the post of Punjab CM was held as per the law then, the LHC observed, adding that the law, however, was interpreted later.

“Will a process which has been completed be undone?” asked the judge.

The PTI’s counsel replied in the affirmative and said, “There are judgments in this regard.” The court had even removed judges, he added.

He pleaded with the court to remove Hamza from office and said the PML-N leader now has the support of 172 MPAs.

Meanwhile, the court adjourned the hearing till Tuesday (today) and directed the PTI’s counsel to continue his arguments at the next hearing.