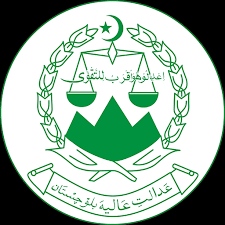 After the verdict, accused Imran Gichki was arrested and sent to jail. Later, the accused resorted to BHC seeking dismissal of the accountability court decision and bail. However, BHC rejected the plea of the accused.

It may be mentioned here that the investigation against Imran Gichki revealed that he had accumulated properties worth millions of rupees in Islamabad and other parts of the country. NAB raided his residence in Islamabad’s posh area and seized a huge quantity of gold, ornaments and foreign currency. Later reference was filed in the court.

After trial of the case, the Accountability court convicted the accused, besides confiscating the cash and gold recovered from his home. The court, however, is yet to announce its judgment on the properties of the convict, which he allegedly kept in the names of his relatives.