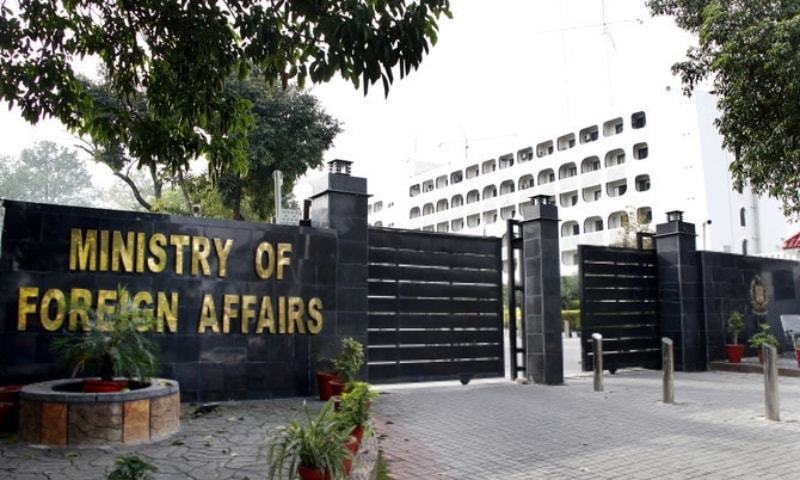 The FO statement came after local media quoted Israel President Isaac Herzog as saying he had an “amazing experience” meeting a delegation of Pakistani expatriates living in the United States.

The spokesperson insisted that Pakistan unwaveringly supports the Palestinian people’s inalienable right to self-determination. According to the spokesperson, the establishment of an independent, viable, and contiguous Palestinian state with pre-1967 borders and Al-Quds Al-Sharif as its capital, in accordance with relevant UN and OIC resolutions, is critical for just and lasting peace in the region.

According to media reports, the Israeli president was speaking on Thursday at the World Economic Forum (WEF) in Davos, Switzerland, about the Abraham Accords, a US-backed deal that resulted in the normalization of Israel’s relations with the United Arab Emirates and Bahrain.

After the Abraham Accords were signed in August 2020, Pakistan’s Foreign Office stated unequivocally that it did not intend to recognize Israel. “For just and lasting peace, it is essential to have a two-state solution in accordance with relevant United Nations and OIC resolutions, with the pre-1967 borders, and Al-Quds Al-Sharif as the capital of a viable, independent, and contiguous Palestinian State,” the Foreign Office stated.

However, Herzog stated that the Abraham Accords were yielding on all levels of life and were not limited to mere visits.

In response to a question from WEF President Brge Brende, Herzog stated, “I’ll tell you, you know, we’re seeing it at all levels of life.” Not just passing through. We are seeing interest on all economic, scientific, and innovation levels, but I will tell you more about my personal feelings.”

Herzog told the WEF president that he met two delegations last week — Moroccans and Pakistani-Americans — who demonstrated the “great change” brought about by the Abraham Accords.

“One was a delegation of Moroccan young opinion leaders who had joined forces with an Israeli NGO on Facebook. They both came and sat with us for an hour, and it was incredible to hear their stories of breaking down barriers, moving forward, and intertwining with one another.”

The Israeli president stated that a day after meeting the Moroccan delegation, he received a group of “proud” Pakistani expatriates living in America who live alongside people from other countries in their region.

“And I must say that this was an incredible experience because we have never had such a large group of Pakistani leaders in Israel, and it all stems from the Abraham Accords, which mean Jews and Muslims can coexist in the region.”

Minister for Planning, Development, and Special Initiatives Ahsan Iqbal stated that no official or semi-official delegation from Pakistan met with Israeli President Shimon Peres. “The participants in this delegation were Pakistani-Americans who have already provided an explanation in this regard,” the planning minister said in a tweet.

According to Iqbal, the Pakistani government’s policy is clear: it does not recognize the state of Israel. “Our hearts go out to our Palestinian brothers and sisters.” In response to the Israeli president’s statement, ex-human rights minister Shireen Mazari accused the current government of fulfilling US demands.

“Another commitment made to the US under the regime change conspiracy by an imported government and other co-conspirators has been fulfilled!” Shameful subservience!” exclaimed the former federal minister. However, earlier, Pakistani Journalist Ahmad Quraishi said in an interview, that for the first time in 75 years, Pakistan issued a passport to a Pakistani Jew, allowing him to mention his religion and allowing him to visit the holy sites in Israel. Quraishi explained that the passport was issued by the Imran Khan government and that this Pakistani Jew was part of the Pakistani-American delegation visiting Israel.