New Zealand beaten in final warm-up ahead of England series 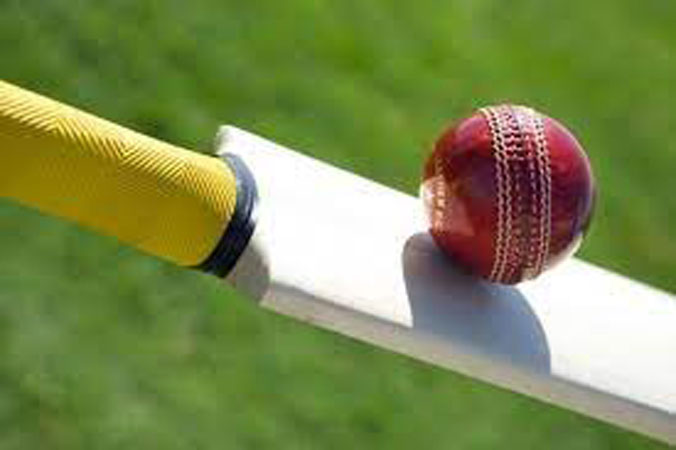 LONDON: New Zealand were well beaten Sunday in their final warm-up game ahead of next week’s first Test against England at Lord’s, with Ben Compton’s fifth hundred of the season guiding a County Select XI to a seven-wicket win at Chelmsford. The Select XI, a team comprising English first-class cricketers not required by their counties for the domestic Twenty20 Blast, started the final day of four needing a further 152 runs to reach a victory total of 264. That target was set after Jamie Porter and Ben Gibbon had ripped through the reigning World Test champions’ top order on Saturday, with New Zealand captain Kane Williamson out for a duck. Compton, well supported by Hampshire’s Nick Gubbins, took his overnight score of 56 not out to 119 before he was bowled trying to sweep left-arm spinner Ajaz Patel.

When he got to 83, Compton — grandson of England great Denis Compton and a cousin of former Test batsman Nick Compton — had completed 1,000 red-ball runs in this English season. But he will not join an exclusive group of just eight batsmen — including Australia legend Don Bradman and Bill Edrich, a Middlesex and England team-mate of Denis Compton — to have scored 1,000 first-class runs before the end of May in an English campaign, a feat last achieved by Graeme Hick for Worcestershire in 1988.

That is because this match did not have first-class status, with New Zealand using all of their different squad members and the County Select XI 12 — rather than the regulation 11 — at various stages. As a result, the 158 runs Compton compiled at Chelmsford — he also made 39 in the first innings — will not be added to the 878 the 28-year-old Kent batsman has so far scored in this season’s County Championship for the purposes of official statistics. Gubbins finished on 67 not out Sunday, with 40 of his runs coming in boundaries. New Zealand deployed nine bowlers in the County Select XI’s second innings, with the experienced Tim Southee, Neil Wagner, Kyle Jamieson and Matt Henry all having spells. The quartet, with left-armer Trent Boult playing in Sunday’s Indian Premier League final, look set to form the bulk of the tourists pace attack when the first Test at Lord’s starts on Thursday. This three-match series will mark former New Zealand captain Brendon McCullum’s first since his appointment as England Test coach.