* 'Kendall was at the Met and I love the Kardashians' 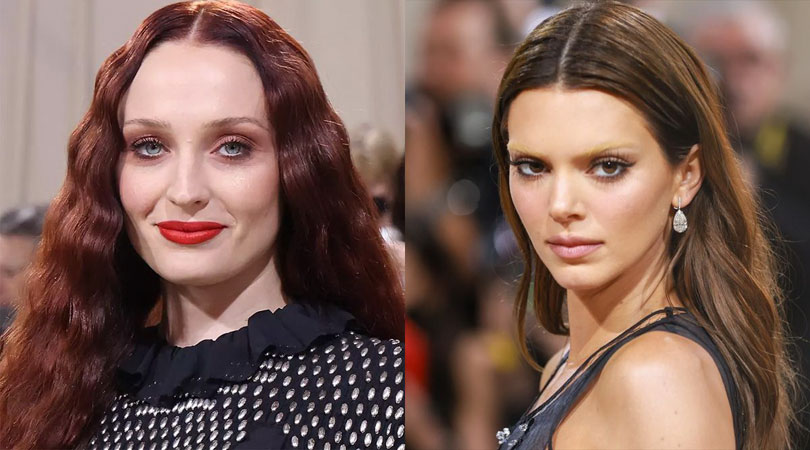 On May 6, days after the couple attended the star-studded Met Gala, the Staircase star, 26, visited The Tonight Show and revealed to host Jimmy Fallon that she turned down an after-party invite from Kendall Jenner.

“[Kendall] was at the Met and I love the Kardashians. I think she’s so gorgeous in real life and I was so, like, struck by her beauty,” Sophie explained. “She invited me to…this low-key afterparty. And she went, ‘Do you want to come?'”

After turning down the offer, the actress shared that she wasn’t thrilled with her split-second decision to pass up partying with the Kardashians star.

“And I’m like, ‘Why? Why do I do this to myself?'” Sophie commiserated, before sharing what she really got up to after the event. “I just sat in bed and ate pasta and I was like, ‘Could be somewhere else right now.'”

When it comes to meeting other celebrities, Sophie explained that she’s just naturally “really bad around” them, adding, “I can’t quite fathom I’m actually invited to these things and I’m not a competition winner, you know?”

“Every celebrity I come into contact with, I act up or say something stupid,” she shared. “And recently, it’s been if a celebrity interacts with me, I immediately just shut them down and I’m like, ‘I don’t want anything to do with you.'” However, that didn’t apply to one fellow star: her husband Joe. In fact, Sophie shared that she knew from the “first night” she met him that he was someone special.

“We went out and we hung out at a bar with all my friends and all his friends and then they all came back to my apartment and we had drinks after,” she shared about their first date. “And I remember him leaving, and I just, like, weeped.”

The actress, who recently celebrated her third wedding anniversary and is expecting her second child with the Jonas Brothers musician, said that she immediately began crying to her brother, telling him, “I love this man so much!”