The government is taking all possible measure to counter the downside risks associated with the economy, which currently has been facing challenges to sustain growth it had achieved during the fiscal year 2021-22, says Monthly Economic Update and Outlook, May 2022.

“Although the economy of Pakistan has achieved GDP growth of 5.97pc in FY2022, but the fiscal situation and external sector performance are making it difficult to sustain and impacting the growth outlook in coming year,” noted the report released by finance ministry.

It says, the International commodity prices were on rising trend and expected to increase further, adding the pass-through of the increase in global commodity prices was somewhat contained due to government measures. Even then, it is expected that Consumer Price Index (CPI) inflation will remain in double digit in May 2022.

The Monthly Economic Indicator (MEI) remained strong in March 2022 due to the unprecedented growth in large scale manufacturing (LSM). However, continuing geo-political tensions, high commodity prices and contractionary monetary policy may slow down economic activities in coming months. Exports of goods and services remained strong in April 2022 and it is expected that this positive trend will continue in May 2022 on the back of exports-oriented policies and growth recovery in Pakistan’s main export partners.

On month-on-month basis, the growth in imports of goods is expected to be negative due to the ban on nonessential and luxury items. Moreover, remittances are expected to be around $2.5b. Considering these factors, the current account will stay well below $1.0b in coming months.

During the first ten months of the current fiscal year, the Federal Board of Revenue (FBR) exceeded its revenue target by 5.2pc. Despite massive tax relief on various essential items to the common person, FBR has been able to achieve a sizeable higher tax collection. FBR has taken various policy and administrative measures, which paid off in terms of improved tax collection. It is expected that FBR would be able to achieve its target during FY2022.

According to the report, Pakistan was currently facing several severe challenges including accelerating inflation, high external deficits, exchange rate depreciation, declining foreign exchange reserves and mounting uncertainty. On the other hand, economic growth remained relatively high, but in the presence of macroeconomic imbalances may not be sustainable.

The primary contributors of increasing inflation are the surge in international commodity prices and the massive exchange rate depreciation. In fact, the report says, the depreciation of the rupee both against the USD and on a trade weighted basis against the currencies of Pakistan’s main trading partners is primarily reflection of inflation differential between Pakistan and its main trading partners.

In the longer run, Pakistan’s main problems could be solved by designing a credible sustainable future economic trajectory that inspires consumers and investors’ confidence.

Economic decisions are based on expectations about the future economic path as well as on the degree of certainty/confidence of development prospects, it says. An important component of such process is supply-oriented policies. Pakistan’s propensity to invest is much lower compared to high growing emerging market and developing countries.

Accelerating the share of Gross Fixed Capital Formation in GDP would create additional production capacity to meet the increasing demand of consumers and producers. Such supply-oriented framework designed to reallocate the use of national income from consumption to investment expenditures, may be accompanied by suitable demand management policies. 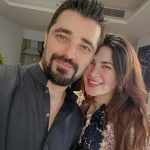 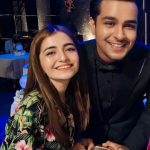