Notices issued to CS Balochistan and others on fisheries vacant posts 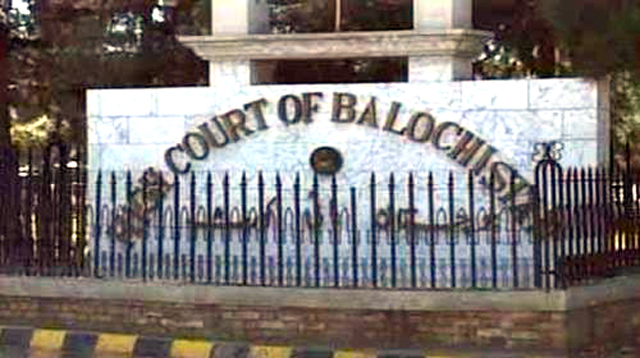 A division bench of the Balochistan High Court comprising Chief Justice Naeem Akhtar Afghan and Justice Rozi Khan Baraich approved the constitutional petition for hearing the quota of four districts of Loralai division in the recent recruitment in the Fisheries department.

During the hearing, Khalid Khan Kakar, counsel for the petitioner, took a stand in the constitutional petition that more than 400 new posts of Grade I to Grade 14 in the Fisheries department of the Government of Balochistan have been advertised in the newspapers.

However, the divisional quota of four districts of Loralai division has not been allocated. The Balochistan government has formed a new Loralai division consisting of Musa Khel, Loralai, Barkhan and Dukki districts through a notification dated June 29, 2021.

The divisional quota of Loralai division has not been allocated which shows violation of Article 25 of the Constitution of Pakistan and malafide of the government.

Khalid Khan Kakar, counsel for the petitioner, requested the Balochistan High Court to suspend the ongoing series of tests and interviews in the Fisheries / Fisheries Department till further notice.

On which the BHC division bench has issued notices to the Advocate General and other concerned seeking their response at the next hearing.