Sequel for ‘Rajneeti’ in works 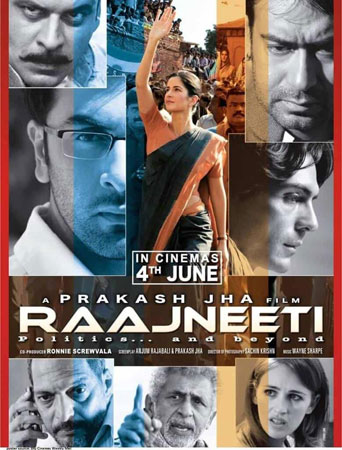 Ace political filmmaker, Prakash Jha is currently gearing for the release of the third instalment of his critically acclaimed web series ‘Aashram’, which is set to drop next month.

During a recent promotional interview for the same, Jha opened up on the sequel of super hit movie ‘Rajneeti’. He confirmed that part two of the political thriller is definitely in the works, but he is not sure about releasing it. “I like to explore new subjects. Raajneeti is one subject where there is another part, which has been written,” he blurted.

“But, you know, in the field of politics, so much changes, so maybe, but I’m not too sure. There are new subjects on which I’ve been working on,” Jha explained.

It is pertinent to mention that the national award-winning filmmaker had earlier given confirmation on Katrina reprising her role in the sequel, however, he was unsure of Ranbir’s return.

As per the previous reports from Indian media, the plot of the previous title was adapted from Sonia Gandhi’s entry into politics, while the sequel will focus on the recent power shift in Indian politics.