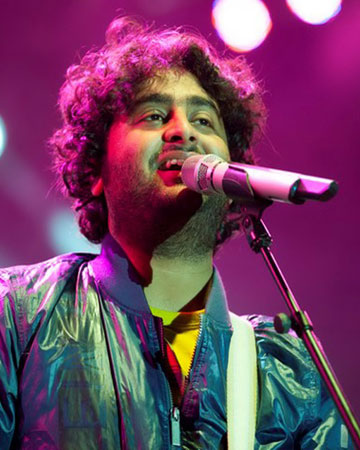 Indian singer Arijit Singh announced he will be touring Pakistan for the first time in the future. It is pertinent to mention that the Bollywood singer is popular in Pakistan and India both.

His Pakistani fans cheered when he expressed his interest in visiting Pakistan during a concert in Houston city of Texas state in the United States.

He has always heaped praise and showed respect to Pakistani artists. He previously called Atif Aslam and Shafqat Amanat Ali two of his favourite musicians.

He has sung songs for superhit Bollywood films such as Aashiqui 2, Yeh Jawaani Hai Deewani, Queen, Badlapur, NH10, Dangal and others.

The musician is a six-time Filmfare Award winner and has a National Film Award to his name.