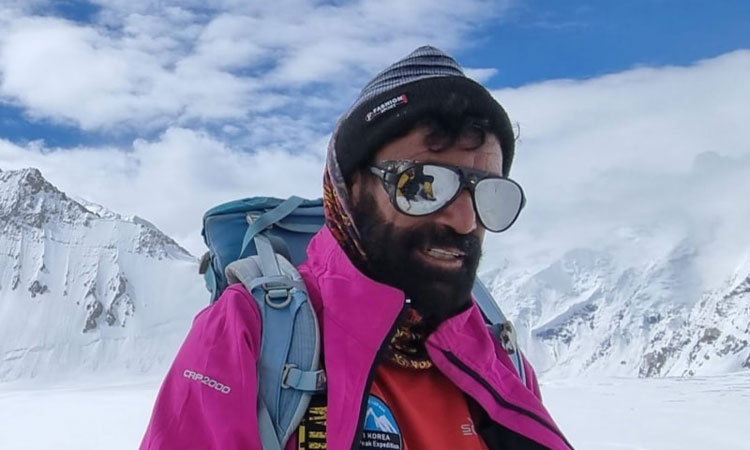 LAHORE: Renowned Pakistani mountaineer Ali Raza Sadpara succumbed to his injuries and passed away in Skardu early Friday morning, weeks after a fall that left him critically injured. He was 56. The climber had suffered serious injuries on May 17 when he slipped off a cliff and fell into a ditch. He was immediately rushed to the District Headquarters Hospital in Skardu for treatment where doctors found his spinal cord was fractured and ribs broken. His funeral prayers will be held in the Olding village of the city. Sadpara was scheduled to attempt an ascent of K2, the world’s second-highest peak, this summer. He started his career in 1986 and has the honour climbing Pakistan’s 8,000-metre peaks 17 times. Among his conquests were Broad Peak (8,047m), Gasherbrum-II (8,035m), Gasherbrum-I (8,068m) and Nanga Parbat (8,125m). Besides those, he climbed Sia Kangri, Baltoro Kangri and Spantik. He also coached renowned climber, Ali Sadpara – who died on K2 -, Hassan Sadpara and other mountaineers.

Fellow climbers, politicians, journalists and civil society members expressed condolences with the bereaved family and described Ali Raza’s death as a “huge loss” for mountaineering. They also appreciated the climber for his contributions to the promotion of adventure tourism. Mountaineer Sirbaz Khan, the only Pakistani to have climbed 10 mountains above 8,000m, said Ali Raza Sadpara had spent his entire life in the service of Pakistan. He said Ali Raza had raised Pakistani flag on 8,000m summits more times than any other mountaineer. Khan said the deceased climber had trained a whole generation of mountaineers, adding that he was called “ustaadon ka ustaad (teacher of teachers)”.

Saad Munawar, Raza Sadpara’s expedition manager, also expressed sadness at the news. “Heartbroken at the demise of Ali Raza. Death is indeed the biggest reality of life,” he said. “Pakistan will miss a legend. Pakistani mountaineers will miss their mentor and the mountains will miss their best friend.” Luke Smithwick, American climber and skier, shared a picture of Ali Raza on his Twitter which he said was taken last summer while climbing Gasherbrum-II. “He was with another team yet we all worked together on 8000 metre mountains, that’s how summits happen.” Smithwick added that it was important that Sadpara was remembered, calling him “a humble master” that climbed 8,000-metre peaks several times. Meanwhile, young mountaineer and “path finder” Abdul Joshi said that he couldn’t believe the news. “Feels like the whole world is telling a lie… or maybe that’s what I wish. You will always be remembered Apo Ali Raza,” he said, adding that Sadpara was not just the best mountaineer but also the “best human”.