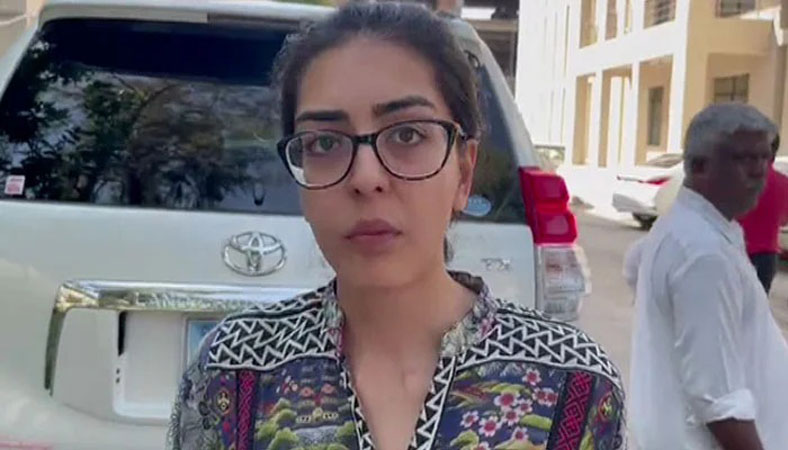 The FIR was registered by Ramna police station under Section 505 (hate speech) and Section 138 of the Pakistan Penal Code.

Section 138 reads: “Whoever abets what he knows to be an act of insubordination by an officer, soldier, sailor or airman, in the Army, Navy or Air Force of Pakistan, shall, if such act of insubordination be committed in consequence of that abetment, be punished with imprisonment of either description for a term which may extend to six months, or with fine, or with both.”

According to the application seeking registration of an FIR, Mazari made a “derogatory and hatred [sic] statement on May 21” against Pakistan Army and its chief General Bajwa. Mazari “abused the senior military leadership of the Pakistan Army”, the application filed by Syed Humayun Iftikhar, Lt Colonel for Judge Advocate General, GHQ, stated as it sought registration of a case against Mazari.

“Her derogatory statements are highly disparaging aimed to cause and incite mutiny/intimidation amongst rank and file of [the] Pakistan Army,” it stated, adding, “It also leads to ridicule and create hatred within the Pakistan Army which made out [sic] a serious offence.” It alleged Mazari also defamed the senior military leadership, as these “statements, made with the intent to cause and create unrest and chaos in the Pakistan Army” which is a “punishable offence”. According to the application, “There are reasons to believe that such act [sic] will harm the reputation of [the] army and senior leadership.” The application sought legal action against Mazari for an offence against the state. It may be noted that after the Punjab government distanced itself from Shireen Mazari’s arrest, her daughter Imaan accused Gen Bajwa and the army of being behind the detention of her mother.

Meanwhile, the Islamabad High Court (IHC) Friday granted pre-arrest interim bail to lawyer and human rights activist Imaan Mazari till June 9. Chief Justice Athar Minallah asked where had the first information report (FIR) been lodged against Mazari. At this, her counsel, Zainab Janjua, said it was registered at the Ramna Police Station. After the hearing concluded, the court, in its written order, noted: “The learned counsel contends that the petitioner [Mazari] apprehends arrest in the case. It is further contended that the FIR was registered by the complainant malafidely and merely to humiliate the petitioner.”