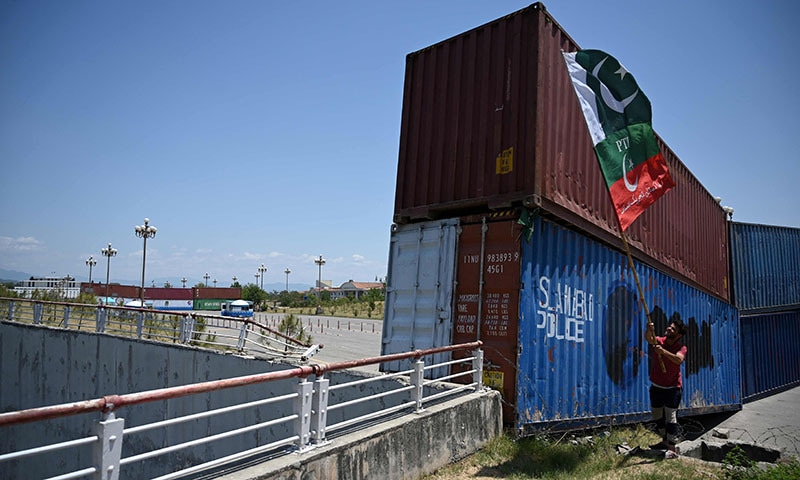 PESHAWAR: Chairman Pakistan Tehreek Insaf, Imran Khan Friday, dispelling impression of any deal, said the decision to call off the sit-in was taken to avoid disorder and chaos in the Federal Capital. Addressing a press conference, he said that initiative was taken with the sole purpose to avert violence and untoward situation. He said the cancellation of sit-in might not be deemed as PTI weakness adding, prolonged  stay in the Capital may have caused direct confrontation with the police.

The PTI chief said:  “We are against the current government and will again start struggle if election date is not announced in six days”. A counter strategy would be devised if these  demands were not met, he added. He said that PTI had the right to launch peaceful struggle to press for their demands. He criticized some incidents in Lahore and Karachi and called for restraint to ensure law and order. Imran said that options of negotiations were open as PTI did not want any confrontation. He said that PTI would continue protest if election date was not announced.