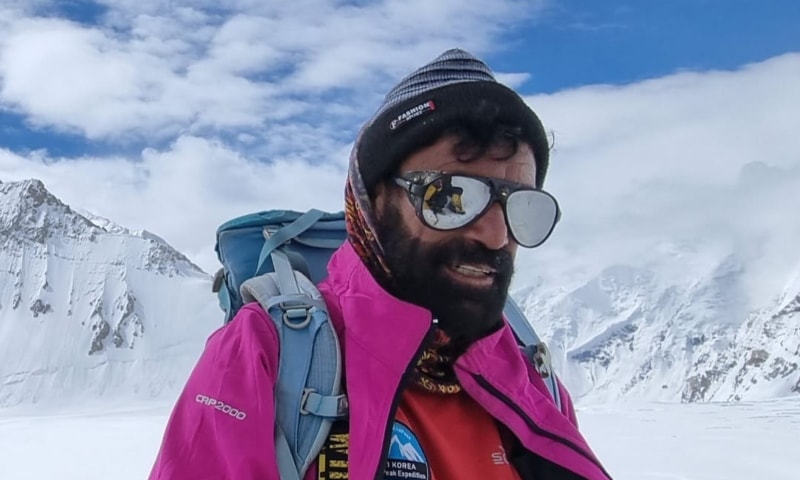 Ali Raza Sadpara, a well-known Pakistani mountaineer who suffered serious injuries after falling from a cliff ten days ago, has died. He was 66 years old.

On May 17, climber Ali Raza Sadpara suffered serious injuries after falling off a mountain during a routine climbing practice session near his village in Gilgit.

Sadpara was being treated at a local Skardu hospital when he died, according to Ali Raza’s family.

Ali Raza Sadpara’s funeral prayers will be offered today at 10:00 a.m. at Olding Graveyard, where he taught a generation of climbers.

Ali Raza Sadpara had the distinction of climbing 17 of Pakistan’s 8,000m peaks. He also taught Ali Sadpara and Hasan Sadpara, both of whom passed away recently.

Sadpara was on a routine training expedition in his village when he lost his balance and fell off the mountain, according to Karar Haideri, secretary of the Pakistani Alpine Club. “He was rushed to a nearby hospital, where doctors confirmed serious injuries to his ribs and backbone,” he said.

It’s worth noting that Sadpara had set his sights on summiting K2 – Pakistan’s highest peak – this season, as it was the only eight-thousander he had left to climb.

Ali Raza Sadpara has climbed Broad Peak, Gasherbrum I, Gasherbrum II, and Nanga Parbat a total of 17 times, more than any other mountaineer, and raised the Pakistani flag on 8000-meter summits.

Sadpara had previously attempted to summit K2 twice, but both attempts were thwarted by bad weather.