Acclaimed Japanese film-maker Hirokazu Kore-eda, in competition for the Cannes Film Festival’s top prize, said on Thursday he felt pressure to succeed because his all-star South Korean cast probably made him the envy of Korean directors.

After winning the Palme d’Or in 2018 for “Shoplifters”, Kore-eda is back in Cannes with “Broker” – a film about the controversial practice of “drop boxes” for unwanted babies. He picked South Korea as the location after meeting with some of the country’s top actors, and his cast reads like a who’s who of Korean megastars.

They include Song Kang-ho, who starred in the 2019 Cannes winner “Parasite”, Gang Dong-won, Bae Doona and K-pop sensation Lee Ji-eun.

“I am aware that I have a very prestigious cast and the country’s best technicians, and that could make Korean directors a little envious,” he told AFP in an interview. “What that also means is that if the film flops or doesn’t meet audience expectations, it will obviously be my fault. I’ve said jokingly that that puts me under pressure, but I think that’s actually quite true.”

The movie is one of two South Korean pictures competing for the Palme d’Or along with Park Chan-wook’s “Decision to Leave”.

“Broker” looks at so-called baby boxes, where mothers can anonymously abandon their newborns to avoid the stigma and hardship of being a single mother in a patriarchal society.

Often placed in orphanages, the youngsters later question whether, as unwanted babies, it would have been better not to be born. 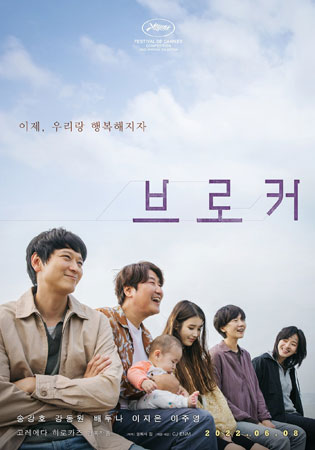 BABY FOR MONEY — Song, 55, gained worldwide attention as the patriarch in “Parasite”, the first foreign-language film to win the best picture Oscar. He has long been a favourite with South Korean film-makers, having played a range of characters from a repressed Catholic priest who becomes a vampire to a Joseon-era king who starves his son to death. In “Broker”, he plays a debt-ridden man who discovers an abandoned baby and volunteers to find him a new family – in exchange for money. Actress and K-pop star Lee – also known as IU – plays the young mother who abandons her newborn. One of the most successful K-pop artists of her generation, the 29-year-old received rave reviews for her performance in 2018 television drama series “My Mister”, where she played a heavily indebted young woman. Kore-eda has defied tensions between South Korea and Japan to build strong relationships with Korean talent, surprising many by visiting the Busan International Film Festival in 2019 in the midst of a trade war.