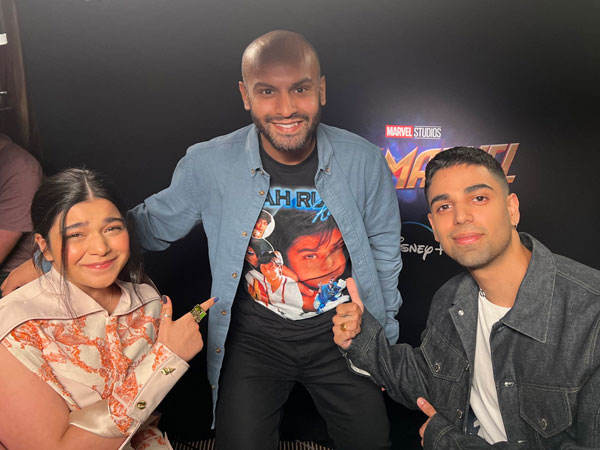 Fans’ expectations from Sharmeen Obaid Chinoy and Marvel Studio’s much-awaited series Ms Marvel have skyrocketed after the reports that Hasan Raheem, Justin Bibi and Talal Qureshi’s Peechay Hutt will be featured in the show.

Rashed on Wednesday dropped a photo of himself with the series’ stars Iman Vellani and Rishi Shah while sharing his experience of watching the first two episodes of the show. The reporter said that he ‘loved’ the show which is “unapologetically brown” before adding that the much-loved Coke Studio song is also being featured on the soundtrack.

Earlier this month, the Academy Award-winning filmmaker announced that the six-episode show will be split into three parts. Episodes one and two will debut on June 16, three and four on June 30 and five and six on July 14.