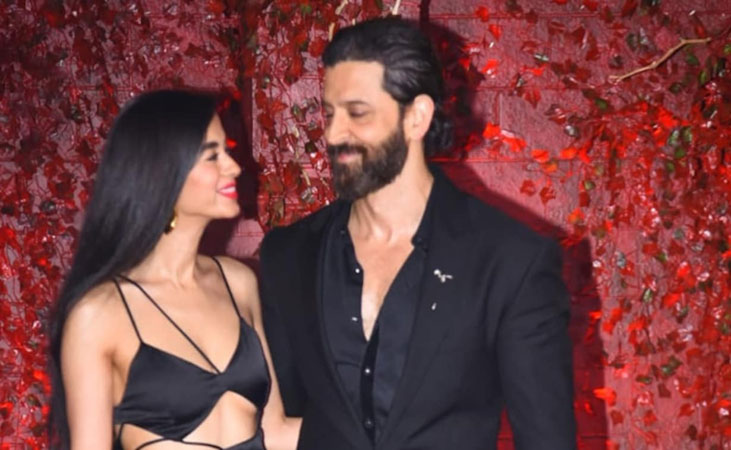 Hrithik Roshan is no longer keeping his romance with ladylove Saba Azad under the wraps as the Bollywood heartthrob introduced his ladylove as his girlfriend at Karan Johar’s 50t birthday bash. The duo turned heads as they arrived hand-in-hand at the star-studded event on May 25 where Hrithik’s former wife was Sussanne Khan was also present with her now-boyfriend Arslan Goni. An insider spilt the beans to India Today, “Hrithik introduced Saba Azad as his girlfriend at Karan’s birthday bash.” Giving insight into the lovebirds’ night out, the source told the outlet, “The couple didn’t leave each other’s side and were holding hands throughout the party.” Meanwhile, it was also reported, “Saba and Hrithik’s ex-wife Sussanne exchanged pleasantries at the party. All is well between Hrithik and Sussanne.”