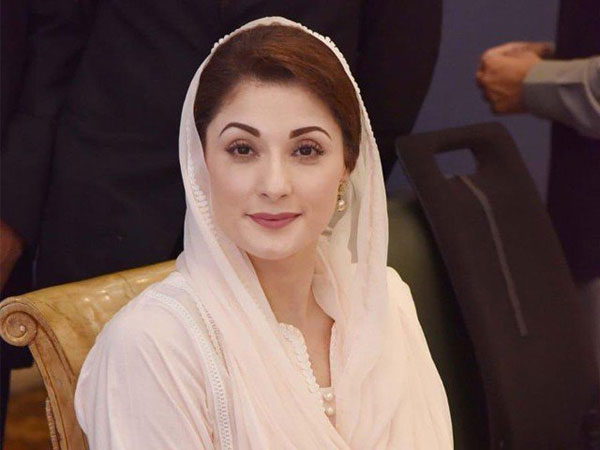 PML-N Vice President Maryam Nawaz says PTI Chairman Imran Khan’s six-day ultimatum to the government to announce fresh elections is just a face-saving attempt, as people have rejected his ‘fake revolution’. “People turned his ‘Azadi March’ into ‘destruction march’ and sent him back to Peshawar,” said Maryam while talking to reporters in Lahore on Thursday. She said the PTI workers on the orders of party leaders set fire and spread chaos in the federal capital. “The PTI revolution was not leaderless instead Imran and other party leaders were leading it,” she said while commenting on the Supreme Court judgment. The apex court had issued clear instructions to hold its Azadi March protest near Peshawar Mor between the H-9 and G-9.

However, Imran and his protesters charged towards D-Chowk, prompting the government to call in the Pakistan Army to secure the Red Zone.

She also expressed regrets over the top court’s remarks that Imran might not have been informed about the court decision regarding the protest revenue.

“I request the Supreme Court to review its decisions.”

Maryam also said the people have responded to Imran’s call by saying “absolutely not” and adding that his politics has been wiped out from the country, says a news report.

Holding the ousted premier responsible for the death of a police constable during a raid at the PTI leader’s home, Maryam said Imran should be booked for spreading anarchy.

“I am satisfied that the whole nation has rejected the ‘anarchy’ march. The journey of true freedom beings from home while Imran Khan’s children are in London,” she remarked.

She said “real freedom” begins at one’s home, therefore, Imran Khan should first bring his children to Pakistan and teach them what real freedom entailed.

Maryam said that the families of the martyred and injured soldiers will be compensated and the government will take care of them.

“Prime Minister Shehbaz Sharif has said that the government will provide a house and bear the educational expenses of the deceased policeman’s children,” she added.

Upon being asked about the “religion card” being used by the PTI workers, the PML-N leader said that religion was suffering harm because of the hypocrites who were using it to get votes.

She added that the government should register a case against Khan because of whom two children lost their lives during the match while a constable was martyred.

“The nation has rejected Khan and said ‘absolutely not’ to him. A revolution makes its own way and can’t be stopped by police or any law enforcement agency,” she said while talking about Khan’s claims that the police stopped people from marching.

The PML-N vice said that the nation was well aware of the fact that Khan’s agenda was to “spread anarchy in the country.”

“People have recognised your lies and your fake foreign conspiracy as you still don’t have the answer to what your government did in the last four years,” said Maryam.

Shedding light on the clashes between the PTI supporters and the police on May 25, the PML-N vice president said that while people were getting beaten up, Khan was enjoying a helicopter ride.

“His revolution kept flying in the air for a few hours,” she interjected an ironic remark and added that Khan should “stop using the youth to fuel his lust for power” and “pray for the rest of his life in Bani Gala.”

Speaking about the current political landscape of the country, the PML-N leader said that the situation was in control until last night but the PTI received the Supreme Court’s permission to continue with the march which ended up exposing their fitna (evil).

She further said that the party used SC’s decision to burn the capital to ashes.

“Khan knew about the SC’s decision which only limited his march to the F9 park but he continued to march towards D-Chowk despite the prohibition,” said Maryam.

The PML-N leader also said she wanted the SC to know that PTI leaders, as well as former interior minister Sheikh Rashid, had themselves termed it a “violent march”.

She asked the SC to review its decision as “it was not a leaderless march” adding that “all the violence that unfolded yesterday was in line with the directions of PTI leaders.”

Answering a question regarding the government’s talks with the International Monetary Fund (IMF), Maryam said that the country can default if the prices of petrol and diesel are not increased only because of the agreement signed between Khan and the Fund. Towards the end of the presser, Maryam also talked about the viral video of a female PTI supporter who repeatedly hurled abuses at a policeman and said: “Despite the woman’s rudeness, the policeman kept his cool. I salute such sons of the soil.”