Israel tells US it was behind killing of Iranian colonel: NYT 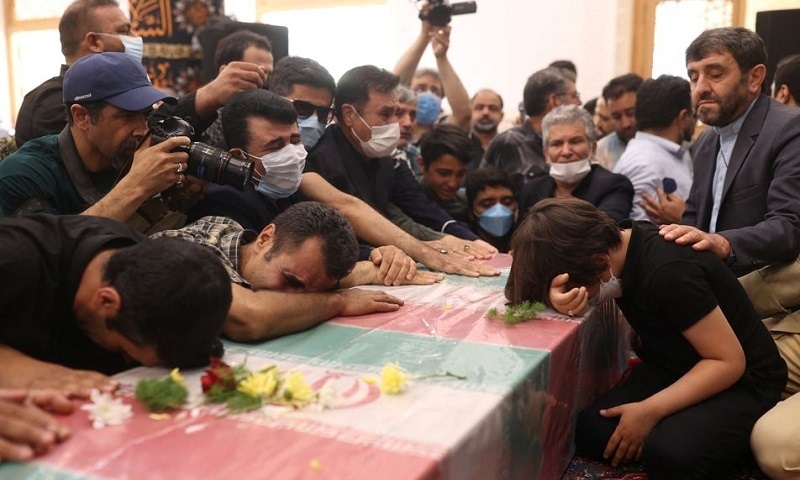 Israel has told the United States it was responsible for the killing of an Iranian Revolutionary Guards colonel last week, The New York Times reported on Wednesday. Colonel Sayyad Khodai was shot dead on Sunday by a gunman on the back of a motorcycle as he sat in a car outside his home in Tehran.

Iran’s President Ebrahim Raisi has vowed to avenge the killing, and the Revolutionary Guards blamed it on “elements of global arrogance” — a reference to the United States and its allies, including Israel.

On Wednesday, the Times reported that “according to an intelligence official briefed on the communications, Israel has informed American officials that it was behind the killing.”

The source, who spoke to the Times on condition of anonymity, said Israel told US officials the killing was meant as a warning to Iran to halt the operations of a covert group within the Quds Force — the foreign operations arm of the Revolutionary Guards, Iran’s ideological army.

Iran’s state broadcaster has described Khodai as a member of the Quds Force.

It had previously reported that the colonel was “known” in Syria, where Iran has backed the government during an 11-year civil war and where it acknowledges deploying “military advisers”.

Funeral prayers were led by the capital’s top imam, and Khodai’s coffin was draped in the Iranian flag. Posters hailed him as a “martyr”.

Khodai’s killing came with negotiations between Iran and world powers to restore a frayed 2015 nuclear deal stalled since March. One of the main sticking points is Tehran’s demand to remove the Guards from a US terrorism list — a request rejected by Washington.