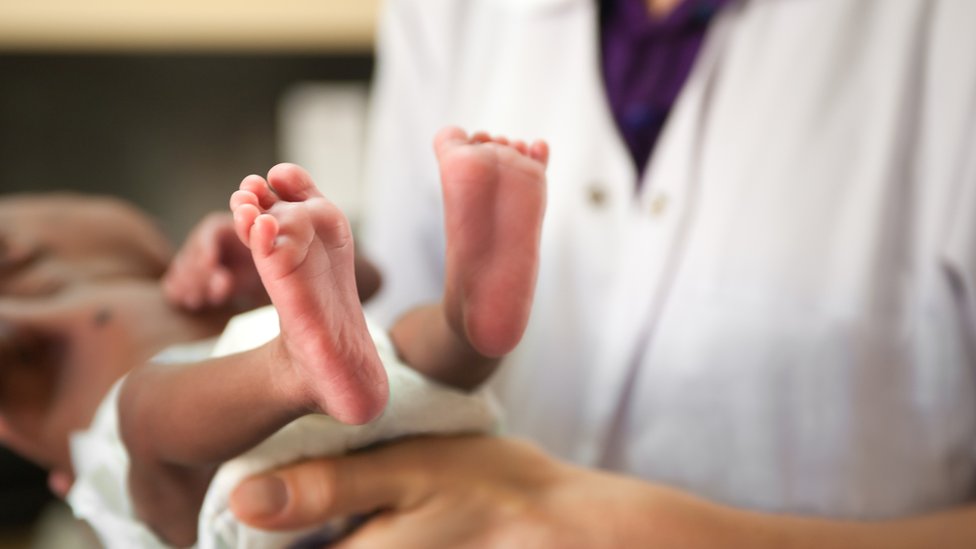 Eleven newborn babies have perished in a hospital fire blamed on an electrical short circuit in the western Senegalese city of Tivaouane, authorities said Thursday. In the latest in a series of hospital deaths that have exposed the weaknesses of the nation’s healthcare system, President Macky Sall announced the tragedy on Twitter just before midnight (0000 GMT).

“I have just learned with pain and dismay about the deaths of 11 newborn babies in the fire at the neonatal department of the public hospital,” Sall wrote.

“To their mothers and their families, I express my deepest sympathy,” he tweeted.

“Where is Mohamed?,” asked one of the distraught mothers outside Mame Abdou Aziz Sy Dabakh Hospital in the transport hub of Tivaouane.

Her baby son was taken to the hospital ten days ago and was baptised on Monday, Mohamed’s 54-year-old father Alioune Diouf said. The city’s mayor Demba Diop said the fire had been caused by “a short circuit and spread very quickly”.

The maternity unit was equipped to take care of 13 babies. “At the time of the fire, there were 11, whom nurses were unable to save,” the minister said.

Mayor Demba Diop said “three babies were saved”. World Health Organization chief Tedros Adhanom Ghebreyesus tweeted that he was “beyond heartbroken with this tragic news. “I’m sending my deepest condolences to the parents and families of the babies who lost their lives.”

Health Minister Sarr, who had been in Geneva attending a meeting with the World Health Organization, said “an investigation is under way to see what happened”.

The tragedy in Tivaouane comes after several other public health incidents in Senegal, which suffers from a great disparity between urban and rural areas in healthcare services. In the northern town of Linguere in late April, a fire broke out at a hospital and four newborn babies were killed. The town’s mayor cited an electrical malfunction in an air conditioning unit in the maternity ward.

Wednesday’s accident came over a month after the nation mourned the death of a pregnant woman who waited in vain for a caesarean section. The woman, Astou Sokhna, arrived at a hospital in the northern city of Louga in pain. The staff refused to accommodate her request for a C-section, saying it was not scheduled.

She died on April 1, 20 hours after arrival. Sokhna’s death caused a wave of outrage across the country over the dire state of the health system. Minister Sarr acknowledged two weeks later that the death could have been avoided. Three midwives on duty the night Sokhna died were given a six-month suspended prison sentence on May 11 by the High Court of Louga for “failure to assist a person in danger” in connection with her case.

Amnesty International’s Senegal director Seydi Gassama said his organisation had called for an inspection and upgrade for neonatology services in hospitals across Senegal after the “atrocious” death of the four babies in Linguere.

With the new tragedy, Amnesty “urges the government to set up an independent commission of inquiry to determine responsibility and punish the culprits, no matter the level they are at in the state apparatus”, he tweeted.

“More babies burned in a public hospital… this is unacceptable @MackySall,” he tweeted.

“We suffer with the families to whom we offer our condolences. Enough is enough.”