IHC directs FIA to review its case against Sami Ibrahim 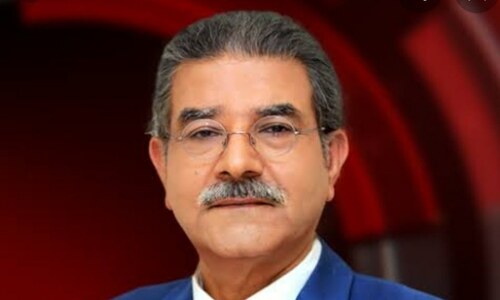 ISLAMABAD: The Islamabad High Court (IHC) on Thursday directed the Federal Investigation Agency (FIA) to reconsider a case against TV anchor Sami Ibrahim. Chief Justice Athar Minallah, hearing the case against the harassment of journalists including Sami Ibrahim and Arshad Sharif, remarked that it seemed that the FIA had started only the monitoring of social media.

The chief justice remarked that the courts were opened in night because it was their responsibility to protect the constitution. When the court had no objections regarding statements against it what was the problem with FIA, he questioned. The court said that the journalists were filing cases against the FIA. The FIA’s official adopted the stance that it had not served any notice to Arshad Sharif. However, it had asked Sami Ibrahim through a notice to become part of the investigation.

The FIA said that it had conducted a meeting with Pakistan Federal Union of Journalists (PFUJ) on directives of this court. Sami Ibrahim adopted the stance that he had just raised journalistic questions, adding that he had not given any remarks about the state institutions. The court instructed the anchor to send his answer to the FIA through PFUJ. The further hearing of the case then adjourned till June 10.