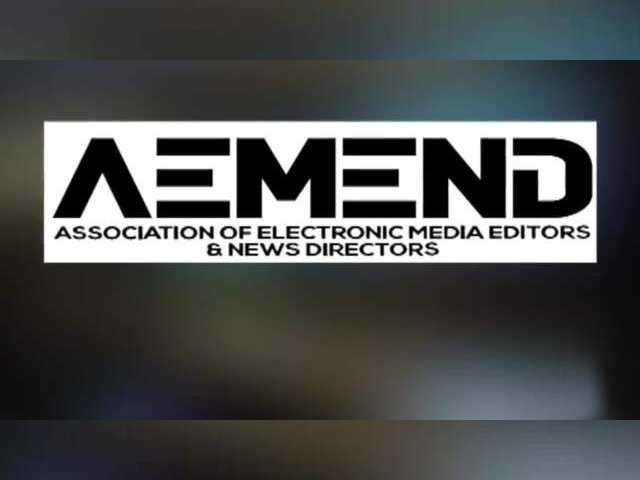 AEMEND asserted on Wednesday that the media in Pakistan will continue performing their service to provide the correct information to the people despite violent and vicious opposition to them. The Association of Electronic Media Editors and News Directors (A.E.M.E.N.D) has raised grave concerns and strongly condemned the agitation and tormenting violence against Journalists, media cars and offices in different cities during the Pakistan Tehreek e Insaf(PTI) long march. According to AEMEND, the journalists have rendered their duties responsibly and kept the nation updated with bilateral stance and overall situation despite the excruciating and gruesome course of events.

During the execution of their task, not only the reporters, camera men, and photographers were subjected to ferocity and vehemence of PTI workers in different cities like Karachi, Lahore, Islamabad and other places but also several hurdles were planted in the way of their professional commitments. The DSNGs of several channels were mutilated during the march including the dsngs of Dunya News, 24 News, and Samaa News etc. The PTI workers brutally attacked the Geo News office in the capital city. AEMEND has presented severe concerns over these anguishing and painful events and demanded, from the leadership of PTI and other parties, to issue clear guidelines to their workers about not harming and injuring the media houses and their staff respectively, while avoiding violence-provoking remarks for media houses themselves and providing a peaceful environment for the coverage of their programs so that the journalists can carry out their duties well. AEMEND has also asked the government to hold the rabble-rouser and trouble-makers accountable who destroyed the properties of media houses.