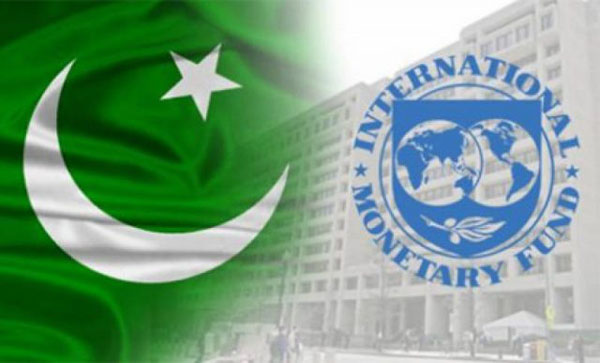 ISLAMABAD: The government is committed to reviving the International Monetary Fund (IMF) programme and putting the economy of the country back on a sustainable growth path, Finance Ministry said Thursday.

In a statement issued after the conclusion of talks with the fund, the finance ministry said, Pakistan’s team led by Finance Minister Miftah Ismail held a final meeting with the IMF Mission at Doha on the seventh review.

The week-long consultations reviewed the fiscal and monetary situation for the Fiscal year 2022 and proposed measures for FY2023.

The fund expressed concern about the fiscal and current account situation arising from the government’s actions especially electricity and fuel subsidies and other slippages, it added.

The meetings identified areas of divergence and corrections required in the current account and fiscal deficit.

The IMF team emphasized the importance of rolling back fuel and power subsidies, which were given by the previous administration in contravention of its own agreement with the fund.

The statement said that the government was committed to reducing the overall budget deficit in FY2023.

It is pertinent to mention here that the fund in a statement at the conclusion of talks with Pakistan stressed for taking concrete policy actions, including in the context of removing fuel and energy subsidies and the FY2023 budget, to achieve program objectives.

An IMF mission led by Nathan Porter held both in-person and virtual discussions in Doha, Qatar with the Pakistani authorities during May 18-25 on policies to secure macroeconomic stability and support sustainable growth in Pakistan.

“The mission has held highly constructive discussions with the Pakistani authorities aimed at reaching an agreement on policies and reforms that would lead to the conclusion of the pending seventh review of the authorities’ reform program, which is supported by an IMF Extended Fund Facility arrangement, Porter said in a statement after the conclusion of the discussions.

Considerable progress was made during the mission, including on the need to continue to address high inflation and the elevated fiscal and current account deficits, while ensuring adequate protection for the most vulnerable.

In this regard, the further increase in policy rates implemented on May 23 was a welcome step, he said adding that on the fiscal side, there have been deviations from the policies agreed in the last review, partly reflecting the fuel and power subsidies announced by the authorities in February.

“The IMF team looks forward to continuing its dialogue and close engagement with Pakistan’s government on policies to ensure macroeconomic stability for the benefit all of Pakistan’s citizens”, he added.