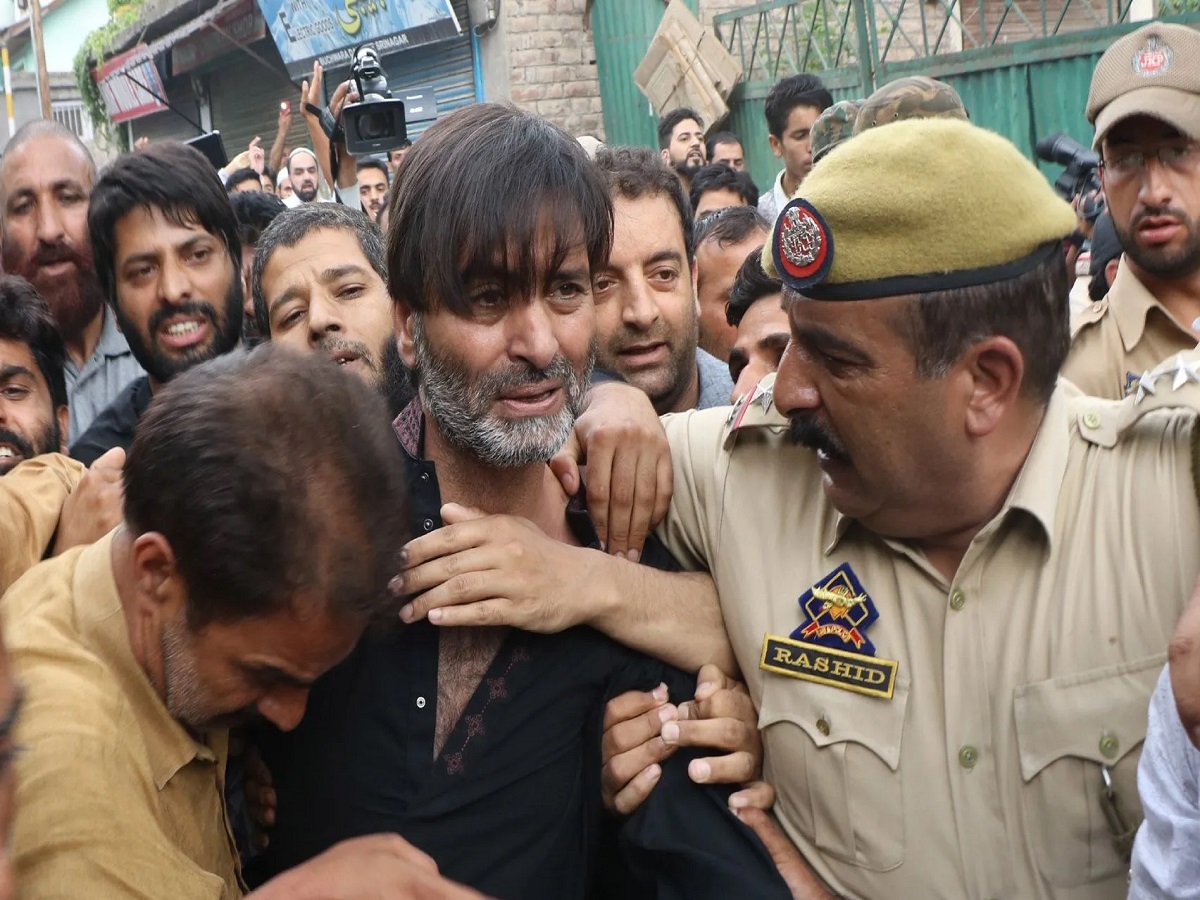 In a statement issued on Thursday, the APHC leader while referring to the Indian judiciary’s bias against the Kashmiris, said that Malik’s unilateral trial and sentence was yet another attempt to satisfy the dead conscience of the Indian society and racist regime that derives pleasure by inflicting pain and penalizing Kashmiris.

Terming the court order as a flagrant violation of basic human rights, Wani said that the unjust sentencing of Malik in a sham trial speaks volumes about the falling justice system in India.

The lopsided verdict, he said, was a black spot on the face of the Indian judiciary that instead of dispensing justice on merit has chosen to appease the ruling party and right-wing warriors who call shots on the ground.

“The shameful verdict is a blatant example of vendetta and victimization of the Kashmiri leader who refused to accept Indian dictates”, he said adding that India must bear in mind the fact that it cannot silence Kashmiris’ voice and their passion for freedom by resorting to such mean tactics.

“History bears witness to the fact that Indian rulers have time and again used its judicial apparatus to suppress the Kashmiris’ legitimate struggle by targeting those who called spade a spade, spoke truth to the power and stood firmly on the ground to defend the rights of the people”, Wani said adding that Malik is one of those leading voices who has championed the Kashmir cause with utmost devotion and highlighted the brutalities of the occupation forces.

Voicing his serious concerns over the ruthless victimization of Kashmiri leaders, the APHC leader urged the international human rights bodies in particular the UN secretary-general to take effective notice of the matter and play their role in saving the life of Yasin Malik and other Hurriyat leaders who have been booked under similar charges.

He said that NIA authorities have filed charge sheets against dozens of other Hurriyat leaders including Nayeem Ahmed Khan, Shabir Ahmed Shah, Massarat Aalam Bhat and others under UAPA.

“The entire charge filed by the notorious investigation agency-the NIA against the Hurriyat leaders is based on false and fictitious assumptions”, he said adding that the Indian government was now hell-bent on punishing these leaders by conducting a sham trial in the same Kangaroo court.

“On one hand the Indian government was using its state apparatus to kill Kashmiri youth in the occupied Kashmir while on the other it has been using the judiciary as a tool to eliminate Hurriyat leadership to enable complete silence in Kashmir”, he said.