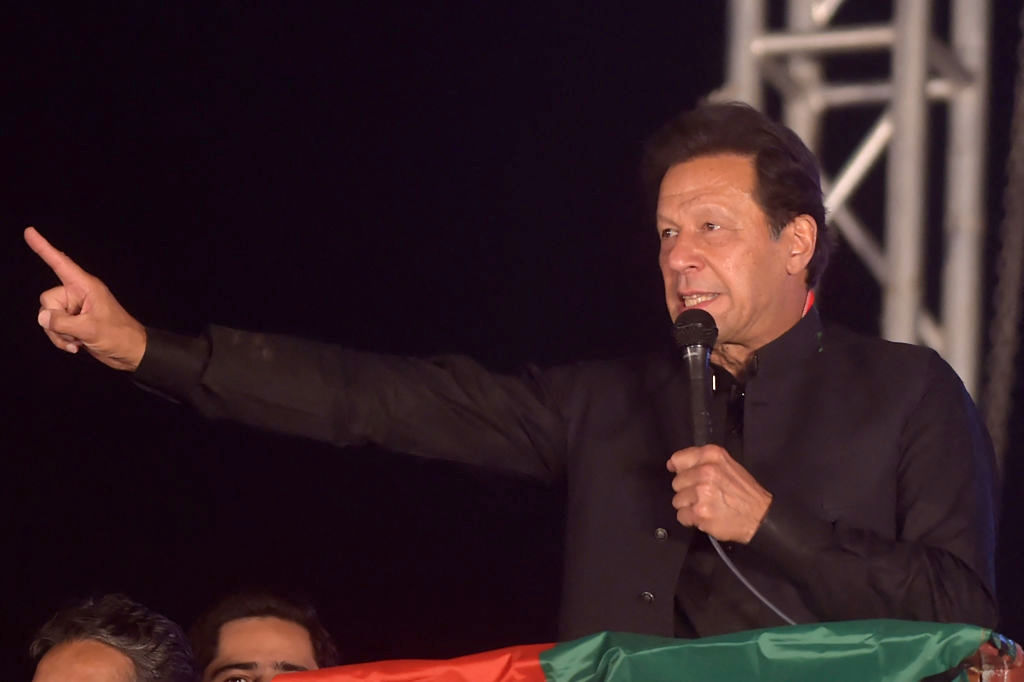 “The government has used every trick to crush our Azadi March, they used teargas on peaceful protests, our homes were raided and privacy of the houses was violated,” the PTI chief said, “but I have seen the nation free itself from fear of slavery.”

Imran Khan stated that he arrived in Islamabad after traveling for 30 hours from Khyber Pakhtunkhwa.

Imran Khan and the top PTI leaders left the container shortly after the speech, while party workers managed to enter the Red Zone despite heavy security.

The former prime minister stated, “I am giving the government a six-day ultimatum to dissolve assemblies and announce general elections in June.” If the government fails to announce the date for elections, the PTI chief has threatened to return to Islamabad with millions of people.

Imran Khan stated that three PTI workers were killed in Karachi, while two others were thrown off the Ravi Bridge and thousands more were arrested. He blasted the government for attempting to create a schism between the people and law enforcement.

Imran Khan stated that he had planned to stage a sit-in until the government dissolved assemblies and announced elections, but after witnessing the “brutal crackdown” on the people in the last 24 hours, he changed his mind.

Addressing the Supreme Court judges, Imran Khan urged them to take note of the tactics used by the “imported government” to prevent the masses from exercising their right to protest. He said the apex court judges bore a great deal of responsibility and thanked them for paying attention to what happened yesterday.

“My message to the imported government is to dissolve the assemblies and hold elections, or I will return to Islamabad in six days,” he said.

He went on to ask where in a democracy peaceful protests were not permitted and demonstrators were subjected to tear gas shelling, police raids, and arrests.

The PTI chairman arrived in Islamabad early Thursday morning and marched towards D-Chowk.

Imran Khan returned to his Banigala residence after delivering his speech, while the PTI workers gathered on Jinnah Avenue began to disintegrate as well.