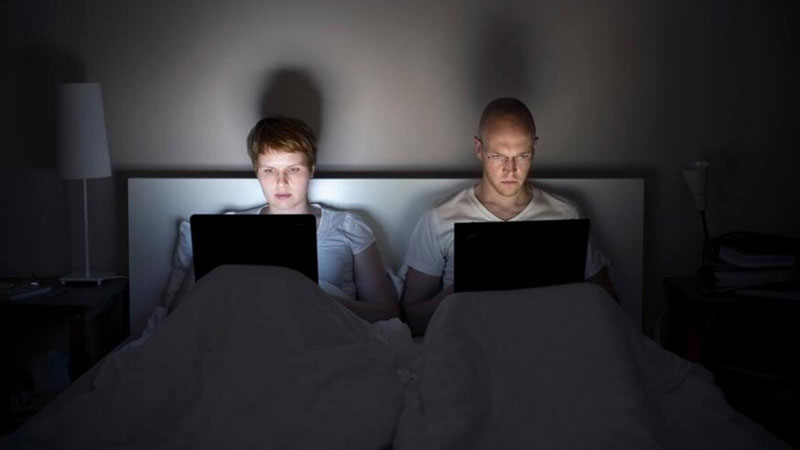 A third of the German labour force is working “excessively” and another 10 percent exhibit addictive working behaviour, according to a new study presented on Wednesday.

The representative study, commissioned by the Hans Böckler Foundation, is the first to examine workaholic behaviour across all sectors in Germany – and it has found that “compulsive” work is present in all branches.

WHAT DID THE STUDY REVEAL? — the study was carried out by the Federal Institute for Vocational Education & Training and the Technical University of Braunschweig. Researchers examined interviews from 8,000 people employed in Germany. The data was recorded in 2017 and 2018 – before the coronavirus pandemic further blurred the work-life balance line. The study found 9.8 percent of people exhibited addictive and “compulsive” behaviour in their work. Another 33 percent were found to work “excessively” but not addictively. The majority, 54.9 percent of workers, approached their job tasks with a more “relaxed” approach,” the study found. Women were slightly more likely to be workaholics than men – with 10.8 percent of women falling into the addicted category, compared to 9 percent of men. At the same time, young people aged between 15 and 24 were far more likely than older workers aged between 55 and 64 to exhibit addictive working behaviour – with 12.6 percent of younger workers showing compulsive behaviour compared to 7.9 percent of older workers.

WHICH JOBS WERE PARTICULARLY AT RISK? — managers and people who are self-employed are much more at risk of developing addictive approaches to work, the study showed. Over 12 percent of managers compared to 8.7 percent of non-managers showed signs of work addiction. “Among those in management positions, work addiction becomes more prevalent the higher the position,” the study’s authors said. Researchers also found workaholic behaviour across all sectors – with the highest rates of work addiction among those in the fields of agriculture, forest management, animal husbandry and horticulture. The fields that were less at risk were those working in technology, geography and natural sciences. Socioeconomic factors, such as level of education or relationship status, played little “or a very weak” role in whether someone was more likely to be addicted to their work, the study found. Those who work in larger companies, however, were less likely to report work addiction than those who work in smaller companies, the study noted.

WHAT IS WORKAHOLIC BEHAVIOUR? — the authors of the German study used two dimensions to define and identify “addictive” and “compulsive” working behaviour. The first dimension concerns how much people work, including: working long hours with high workloads and grappling with multiple projects at once. The second factor concerns how their work impacts their personal lives. Those with work addiction were defined in the study as those who had difficulty relaxing in their free time outside of work, those who would compulsively check work emails after clocking out and those who said they felt guilty taking a vacation or while on holiday. The term “workaholic” was coined in 1971 by the US psychologist Wayne Oates, to describe people whose approach to their work was similar to those who battle addictions with alcohol. The study’s authors called for further research into the causes of work addiction, as well as the significant impacts that it can have on the physical and psychological health of employees.