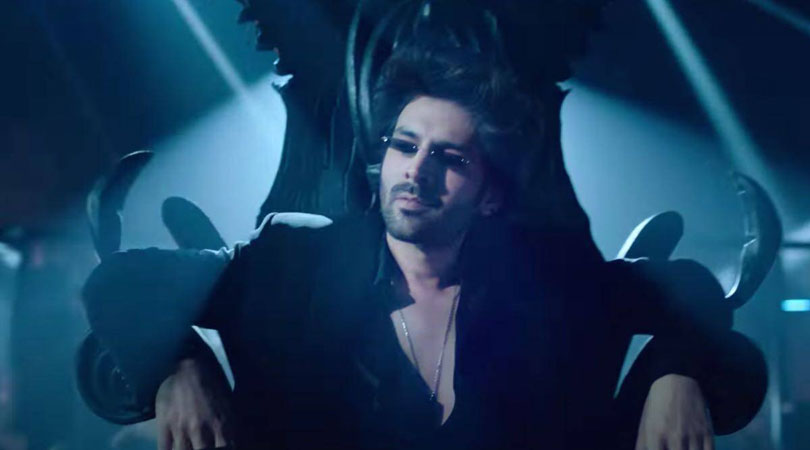 Actor Kartik Aaryan is currently basking in the success of his film Bhool Bhulaiyaa 2. The film’s title track has now become an Instagram Reel-favourite for everyone around the world. On Wednesday, Kartik shared a video of his little fans from Uganda, who were seen dancing to the song.

Sharing the video, Kartik wrote “Uganda celebrating Zig Zag. Makes me wanna get up and dance with them. #BhoolBhulaiyaa2 #ZigZagStep.” In the video, children from Uganda’s dance group, Triplets Ghetto Kids, are seen dancing to Bhool Bhulaiyaa 2’s title track.

Reacting to the video, one fan said, “You don’t need to learn Hindi to be a Kartik Aaryan fan. His smile and generosity are pretty enough to fall for him.” Another one simply wrote, “Wow.” Last year, in an interview with ANI, Kartik talked about his fan following and the love he receives from people. “It feels good that several titles have been attached to my name. Sometimes, my poses also get trending. A few months back, my fans started ‘Pose like Kartik Aaryan’ on social media. I am happy and feel lucky to receive so much love from people. Hope more titles get attached to my name. I hope I always live up to people’s expectations,” he has said. Bhool Bhulaiyaa 2, which also stars Tabu, Sanjay Mishra and Rajpal Yadav, is a standalone sequel to Priyadarshan’s 2007 horror-comedy Bhool Bhulaiyaa, starring Akshay Kumar and Vidya Balan and Shiney Ahuja in lead roles.

Kartik made his Bollywood debut with Luv Ranjan’s buddy film Pyaar Ka Punchnama in 2011. The film emerged as a sleeper hit and Kartik got nominated for the Producers Guild Film Award for Best Male Debut. He later appeared in the sequel of the film, Pyaar Ka Punchnama 2. He has also acted in films such as Sonu Ke Titu Ki Sweety, Pati Patni Aur Woh, Love Aaj Kal 2, Luka Chuppi, Dhamaka and many more. Kartik will be seen next in Shehzada. The film is directed by Rohit Dhawan and also stars Kriti Sanon, with whom Kartik has worked in Luka Chuppi. Shehzada will also star Manisha Koirala and Paresh Rawal in supporting roles.